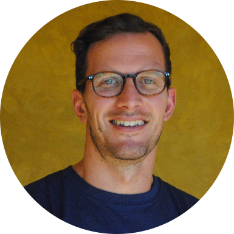 Timbo is the Co-founder and CEO of OkHi.

Upon graduation, Timbo joined Google where he spent seven years working in product

management and marketing. Highlights of his time at Google include the launch of Google

Maps across EMEA, and taking Chromecast from idea to launch, filing seven patents along

In 2014, Timbo took a sabbatical from Google and used this time to travel across East and

West Africa. It was during this time he recognised some of the addressing challenges that

people living in these territories faced, and he decided to dedicate his time to finding

solutions. The result of this exploration was OkHi.

As OkHi’s CEO and Co-Founder, Timbo launched the company in Nairobi on the back of

validating the addressing problem space in Kenya, He now leads the company as they

prepare to officially launch in Nigeria.

Timbo holds a MEng from the University of Oxford.