Capital Formation of the Future: How Africa's Development Will Be Financed

Hi there, Justin here. A few weeks ago, I read a fantastic article from econ journalist Noah Smith breaking down the causes of the Sri Lankan economic crisis. In it, he writes about "emerging-market crises", and the set of macro conditions experienced by various developing nations, which have led to the type of downward spiral that's harming Sri Lanka at present. It's easy to see that many of the elements - trade deficits, foreign-currency borrowing, exchange rate crashes - are realities of several African markets, as well.

In reading this piece, I was reminded of a past conversation I had with Warbler Labs' Chief Investment Officer, Sam Eyob, about his decision to join the DeFi protocol Goldfinch (which I wrote about back in TFN #71, Bringing DeFi to the Real World). He spoke of - amongst other considerations - the difficult situation startups and SMEs are put in when borrowing in USD while operating in the (often devaluing) currency of their domestic markets.

After reading about Sri Lanka, I reached back out to Sam to see if he'd be keen take over The Flip Notes and write about how Goldfinch is addressing this challenge in emerging markets. He said yes, and roped in his colleague, Obinna Okwodu, to contribute to this week's edition.

Capital Formation of the Future: How Africa's Development Will Be Financed 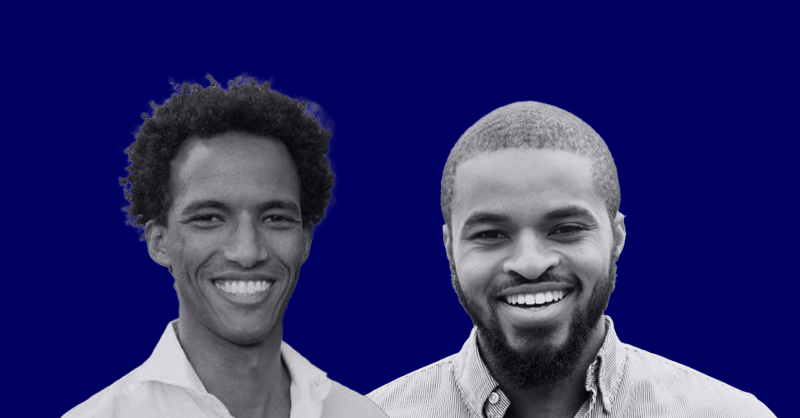 For a few years, Obinna ran an embedded lending company called Fibre. In Nigeria, where tenants are mandated to pay twelve-month rent deposits, the company was built to help them finance these deposits. Although still operational in a limited capacity today, Fibre was not able to reach sufficient enough scale to solve this problem for the majority of the market. This was because the company, like many others across Africa, required a lot of debt capital to scale. And there wasn’t sufficient debt in the market for companies like Fibre to support this scale. This experience led Obinna down a particular journey to scalably solve this access to capital problem for companies in Africa. Most recently, it led him to work on the Goldfinch protocol, which takes advantage of elements of crypto - access, liquidity, composability, and capital mobility - to solve this problem.

Sam, another early contributor to the Goldfinch protocol and current Chief Investment Officer at Warbler Labs, followed a different path to solve the issue of access to capital at scale. Having spent years at Goldman Sachs in London, he saw that the access to capital issue for early-stage businesses at scale wasn’t going to come from an investment bank. This led him to spend years helping to build up Lendable, which provides the fuel (i.e., debt) many of the top-tier fintechs in Africa needed to scale. Here he realized the scale of the problem required an infrastructure-like solution. Something that was composable, allowing others to more freely build on top of or incorporate the solution into their own tech stacks, and that could also benefit from network effects. A solution the blockchain seems to be best suited for.

Obinna and Sam believe the early success of Goldfinch is a leading indicator of how Africa’s development will be financed. Goldfinch is a decentralized, globally accessible credit protocol with a mission to bring the world’s credit activity on-chain while expanding access to capital and fostering financial inclusion. To date, and in just over a year, the protocol has provided over $100 million of debt capital to VC-backed fintechs across 28 countries over four continents.

Global Economies Have Always Been Interconnected

Dating as far back as the 1800s, George Peabody made his fortune as a merchant banker in London, selling in-demand American securities - mainly railroad and government bonds - to investors in London who were in search of yield. It was Peabody, in partnership with Junius Morgan (J.P. Morgan’s father), who built the firm Peabody, Morgan & Co. into a premier finance house by facilitating the trans-Atlantic acquisition of securities. J.P. Morgan Chase and Morgan Stanley were birthed out of Peabody, Morgan & Co.

Fast-forward to today, and global economies are more connected than ever. Recent financial crises have shown us this, with the Global Financial Crisis of '07-08 painfully illustrating how interconnected we truly are.

But with global economies so interconnected, why are credit markets, especially in the Global South, still so siloed from the rest of the world? Why is there an excess of capital in countries in the Global North but an apparent absence of credit in Africa?

Where are we today?

This is a significant difference. And some of this is no doubt due to the inherent risk Global South economies carry. But could risk alone be the reason a country like Nigeria, with 200 million people, has a total debt stock of ~$200 billion, and Canada, with 40 million people a debt stock of $6 trillion? Likely not.

We think the answer can be found in examining the channels through which credit flows in African economies.

Public Debt: The majority of borrowing in African economies is done by governments.

Public debt in the top ten African economies is 72% of their debt stock versus 34% in the top ten global economies. This is a problem because governments in Africa are notoriously bad capital allocators, thanks in large part to corruption and the absence of the expertise needed to steer capital to the right places. This means that money lent to governments is not put to productive use; as such, governments have a hard time servicing and ultimately paying back the debt they take on. This, of course, has a negative effect on creditworthiness and makes it hard for African countries to raise debt, even though their economies desperately need more.

Private Debt: African banks and asset managers are generally better capital allocators than governments, but they do not optimally allocate capital for two reasons:

The above two reasons are why, in Nigeria, for example, it is customary for leading banks to have over 50% of their lending be to the government and another 15% to a handful of companies in the oil and gas sector.

This is where we are today in most African countries. While global markets are interconnected, and opportunities for yield exist in Africa, we do not have the right channels in place to take the money to where it is needed at scale. And while Africa contends with these ‘faulty channels,’ there is a $300 billion and growing SME credit gap and a $100 billion annual need for infrastructure investment in Africa today. These needs have to be met somehow.

Where do we find good channels?

To understand where these channels will come from, it’s worth studying how the US banking system developed over the years - summarized in this article put out by the a16z fintech team.

Banking started out local in the US. As a customer, you performed all your banking activities at your local bank with your local banker, who was able to customize services to your specific needs. This changed over time as the consolidation of local banks into large national entities and the advent of technology meant that banking services became more commoditized, losing specialization. But instead of being outcompeted by national banks, local credit unions and community banks are alive and thriving today, serving over 100 million customers in the US. Instead of a ‘wide and shallow approach,’ these banks are ‘narrow but deep’ and serve their respective customer niches with products that fit their particular needs.

We are beginning to see a similar thing play out in Africa, but instead of large African banks going through the same arc as US banks, new players are emerging in various niches to deliver financial services, particularly credit, to customers with specific needs.

Today in Nigeria, as an individual, you can get a car loan from Autocheck, a mobile phone loan from Payjoy, and a consumer loan from Carbon. As an SME, you can receive inventory and working capital finance from Wasoko; if you run a hospital, you can meet your financing needs with Helium Health, and if you’re an exporter looking for trade finance, Jetstream can help meet that need. These are all products that banks should be offering customers, but given the structural difficulties described above, they do not. And with the continued increase of equity funding into fintech companies in Africa, we can expect the number of fintech companies and customer segments being served to continue to grow.

We believe these companies are the channels through which credit will be created to address Africa’s credit gap in a meaningful way. But talk to any fintech entrepreneur in Africa today, and they will tell you that raising large amounts of debt is both tough and incredibly time-consuming, given the process can take 6-24 months. They need reliable avenues to raise debt versus raising more equity capital which is dilutive, allowing them to scale their impact without being capital constrained.

Where will the money come from?

Imagine a world years from now where for every key use case, there is a fintech company in Africa that has proven itself as good credit and has a track record of safely lending to its customers. And imagine that in this world, there has been no meaningful change in capital availability, i.e., there is still a surplus of capital in the Global North world and a dearth of capital in Africa. How will these fintech companies source capital?

If we were to design the ideal world for fintechs raising money, it would have the below characteristics:

The internet and Decentralized Finance (DeFi) meaningfully change this.

There are already early signs of this future. In February 2022, Cauris Finance - a credit fund that makes DeFi-native capital available to fintechs in the Global South - took advantage of these characteristics to raise $10 million on the Goldfinch Protocol from investors all over the world. This capital has made its way to leading fintechs in Africa, including LipaLater, Asaak, and Jetstream, to help them grow their lending operations.

And Cauris is not alone. Since February 2021, over $100 million has been raised on the Goldfinch protocol for fintechs companies across five continents, covering 28 nations, including Nigeria, Ghana, Kenya, and Uganda. This capital has already made its way to one million people and businesses all over the world. And this is just the beginning.

We think this is a sign of things to come - especially for Africa. As the ecosystem continues the do the hard work of building good channels through which good credit can be created, DeFi holds significant promise for making sure these channels have enough capital flowing through them into the continent.