This week, Obi Emetarom - Co-founder and CEO of Appzone Group - and Steven Grin – Managing Partner of Lateral Frontiers - take over The Flip Notes.

As crypto prices have plummeted, the total value locked in DeFi has dropped nearly 70% from its heights at the end of 2021. It’s an opportunity for the builders to take a step back to plan the next evolution of the technology, and to build the infrastructure that carries it forward.

That’s exactly what Obi and Appzone are focused on and, along with Steven from the investor side, have a point of view on what DeFi 2.0 will look like on the continent. 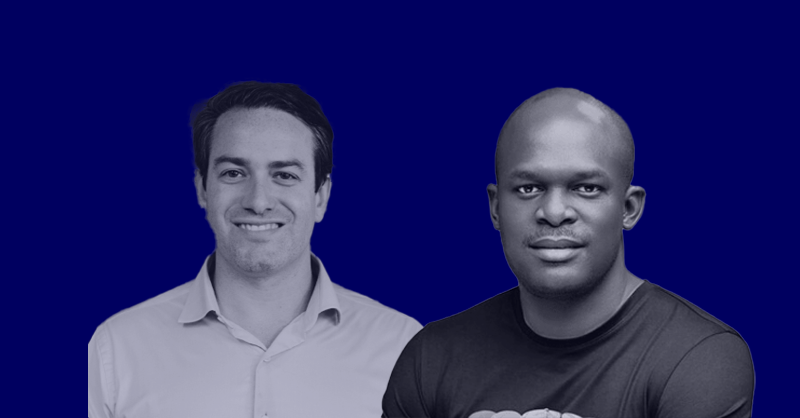 For the novice, the discussion around crypto and web3 is filled with zealotry and religious fervor. For instance, a generally held belief around decentralization is that 1) decentralization is good, 2) the more decentralized something is, the better, and 3) decentralization will solve all of our problems. Perhaps some of this can be chalked up to our biases as humans to think in black-and-white terms; however, it is important to remind ourselves that the most important innovations do not arise from cozy visions and blue-sky thinking but from crises and induced necessity.

As we sit firmly within a crypto bear market we have the opportunity to take stock of the state of crypto and, in particular, decentralized finance and its promises in the context of African finance. Decentralized finance, also known as DeFi[efn_note]Ed. note: See TFN #71, Bringing DeFi to the Real World, for a more in-depth explanation of DeFi.[/efn_note], is a movement aimed at providing financial services that are traditionally centralized and provided by institutions such as banks, exchanges, and brokerages. These services are typically provided by middlemen and require trust in those entities.

Decentralized finance platforms like Aave and Uniswap emerged in 2017 and 2018, respectively, promising to displace traditional financial (TradFi) intermediaries. DeFi activity quickly exploded. While these tools hold the promise to improve utility and enable access across the full spectrum of financial services, including savings, lending, investing, payments, and insurance, we hold the view that DeFi has not yet begun to deliver on its ambition.

In the context of Africa, we believe firmly in a non-speculative use case for distributed ledger technology that is both evolutionary and practical. One that moves away from FinTwit and meme narratives to the practical needs of the African enterprise and consumer. Whilst the continent has made progress in mobile money and moving the open banking agenda forward, access to what would be seen as common financial services is still very low. For instance, as can be seen in the table below, in countries like Kenya, Nigeria, and South Africa, less than 20% of adults have received loans from financial institutions.

We believe the answer to improving low access to financial services lies at the intersection of decentralized finance, permissioned blockchains, and regulations. We call this next wave DeFi (DeFi 2.0) and believe it will address these limitations and achieve mainstream adoption in what will be one of the most radical industry transformations in modern history. This article looks at some of the characteristics of DeFi 2.0, which will be crucial to this imminent paradigm shift.

The Promise of DeFi

Digital innovation has brought major improvements to the financial system. But the system’s architecture remains essentially the same. It’s still centralized. And centralized systems have proved inaccessible for millions of Africans.

Decentralized finance (DeFi) offers an alternative. It uses public blockchain networks to conduct transactions without having to rely on centralized service providers such as custodians, central clearinghouses, or escrow agents. Instead, these roles are assumed by so-called smart contracts. Smart contracts are instructions in the form of computer code. The code is stored on public blockchains and executed as part of the system’s consensus rules. Decentralized systems have the tendency to be more resilient, free from vulnerability, and censorship-resistant.

And much like how Africa’s mobile money revolution - and its peer-to-peer origins - has garnered significantly greater access to financial services across the continent, these characteristics of DeFi offer a similar potential, when compared to a centralized status quo.

In its current form, DeFi is powerful, and the opportunities are limitless. Yet just like any new technology,  gaps exist that constrain its potential. The gaps currently act as a hindrance to mass adoption and they include:

Whilst DeFi is still a fledging idea with a promise to reinvent the existing financial infrastructure, the above issues seem to be holding it back as many regulators will find an issue with allowing a protocol without the requisite user funds security. It then leads us to ask: how can we leverage some of the aspects of DeFi to unlock the potential that lies latent in the technology?

In 2017, Ethereum co-founder Vitalik Buterin penned a paper that sought to discuss the “trilemma” which covered the considerations of decentralization, scale, and security. Buterin spoke to the issue that expanding a blockchain beyond a certain point naturally compromises two of its foundational characteristics: its decentralized structure, which bestows the transparency and user trust for it to function independently of third parties and governments, and its security, protecting the data from bad actors. In short, one can have scalability, decentralization, or security, but not all three.

In the context of DeFi, in relation to Africa, our view is that it would be more beneficial to sacrifice decentralization, essentially creating architecture that allows banks, existing fintech players, and central banks to participate in the ecosystem. This distinction created by the absence of decentralization is now known as permissioned infrastructure which is an adaptation of the permissionless infrastructure, as captured in the diagram below:

A permissioned system unlocks certain benefits that are likely to catalyze the adoption of DeFi for the African user:

We see the recent attempts by central banks to develop Central Bank Digital Currencies (CBDCs) in an effort to integrate aspects of the blockchain (i.e immutability of transactions, and non-custodial nature of the currency with no need for intermediaries) into financial systems with the view of ultimately replacing the existing cash-based system.

The map below shows the current state of CBDC development for the different countries on the continent:

Even though DeFi and CBDCs may seem worlds apart, CBDCs can serve as a potential alternative liquidity for DeFi services in a world where cryptocurrencies that DeFi relies on are not regulated and are mostly banned by authorities. This is especially pertinent considering countries skeptical about major cryptocurrencies are issuing CBDCs in their place, with most regulators taking a view that issuance of CBDCs is an easier short-term win than the longer-term goal of figuring out how to regulate digital currencies in general.

While CBDCs offer a viable alternative as liquidity for DeFi services, a few drawbacks, as articulated below, still exist.

With the highlighted potential and limitations of CBDCs, central banks still have a ways to go in building functional systems to actualize the potential benefits of CBDCs.

Despite that CBDCs have their limitations and a lot of questions still to be answered, we think that central banks have a role to play in spurring the adoption of DeFi to catalyze financial inclusion. There are three main reasons why we think regulation is important:

DeFi 1.0 has been a successful pilot run for DeFi, with adoption restricted to advanced crypto users. To achieve scale, unlock mainstream adoption, and maximize financial inclusion, DeFi 2.0 will build on the same core concepts of DeFi while infusing critical elements highlighted in this article, i.e., regulation, CBDCs, concepts from TradFi, and other innovative DeFi principles.

To accelerate this process, companies like Appzone are building out platforms like Zone, which are next-generation Layer-1 blockchain protocols with native regulatory compliance, support for issuing CBDCs, interoperability with fiat, and in-built integrations to legacy information systems. We at Appzone believe that this new breed of DeFi infrastructure will serve as the rails for an emerging golden age of finance.