Hi there, Justin here. Today, The Flip's b-mic, Sayo Folawiyo, takes over the newsletter. In his day job, as Co-founder and CEO of Kandua, Sayo thinks a lot about building for a specific type of user across the continent, in particular, and it's those thoughts that I've asked him to share in today's edition. 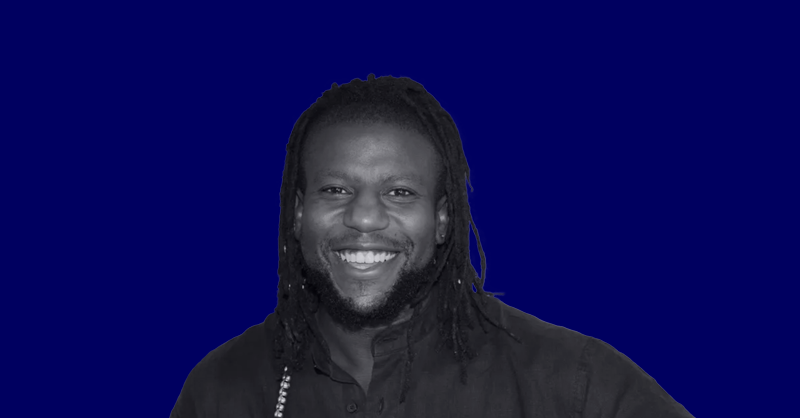 These are some quite disparate but loosely connected things that have been on my mind. To be read like a group of very short stories - like chicken soup for the soul.

The cool thing about the tech/product method is that it is quite scientific - lots of things are - but it is particularly so. You can break a business down into a coherent set of proofs - some proven, some to be proven - all with differing levels of confidence. This game of proofs takes part over a series of series, each with its own relevant challenges or villains to overcome. The Bowsers range from finding a technical co-founder to finding product-market fit to hiring seasoned executives to expanding markets. All these bad guys at different levels of the game for you and your merry band of heroes to overcome.

For better or for worse, it’s often really about beating today’s bad guy. For better, because breaking problems down into components and building evidence and confidence is not a tech invention but just a smart way to solve problems; and it's probably a better indicator of success than anything else. For worse, because it’s easy to cheat games and focus on beating the bad guy without keeping an eye on whether/how these victories cascade into value. Plus, it really doesn’t take into account just how much luck and serendipity is involved in that journey.

There is a magic when it all aligns - i.e., you find yourself working on proofs that both beat the bad guys and are valuable. You’ll hear words like flywheels or viral loops or network effects. They all speak to the flow of alignment between business, customer, and investor.  It’s a flow that we always chase but that not many people get to experience at all, and even fewer get to experience consistently.

I do wonder what we miss out on because we’re head down and inside the game. Does it encourage the same type of thinking? Do we pull the goalie enough? Are we innovating enough? Are there other games that are more appropriate?

He was my tour guide for my trip to Watamu Beach last month. I met Captain Duncan while going for a walk on the beach. He had eyed me up from the hotel as the mark of the day. He approached me cordially and asked how I was enjoying my trip, and before I could really think about it we were in lockstep walking on the beach. I asked him what there was to do around and he told me all the things the hotel told me - snorkeling, the Gede ruins, crab shack, etc. He also told me he could do all that himself and could also just show me around the town. I said I'd think about it.

We continued to walk. And talk. We discussed his people, the Giriama, and how they settled amongst the coast; he told me about the brick walling technique with stones, about the Italians of Malindi, and the fishermen and the beach boys. All the stuff I had read about. I thought - here’s an expert.

Once I got back to my hotel, we struck a deal -  we’d do all the activities together over the next two days. A snorkel, some history lessons, some good food later, and my trip was over. I felt like I got my money’s worth and he definitely got a crazy come-up.

If we think about Captain Duncan as a business. CDaaB.  His marketing strategy was to acost me on the beach, convert me with his charm and spoken copywriting, and sell me something I knew I wanted in a way I didn’t know I wanted it at a price demonstrably lower than from the hotel I was staying in. He then got the right suppliers (moto and boat), did deals with them, executed with only a few flaws, and got paid.

There were lots of reasons to not have had this experience. Tripadvisor warned me of “beach boys”, the hotel had lots of companies it used, and so on - but Captain Duncan was familiar to me. The context of the place I was in became much more relatable against his background vocals. I enjoyed his own personal view of the history (a lot of which didn’t check out in my fact-checking after). I enjoyed his buddy Mohammed who organised the boat and was studying to be an Islamic cleric in Zambia. I enjoyed him insisting the fruit would attract the fish while watching them underwater come up to the pips as they splashed in and visibly shook their heads at it. I enjoyed him sitting on the top of the boat hiding his seasickness.

He’d let me know, as we parted ways, that in this off-season moment, jobs like this completely change his ability to support his family. He was going straight to pay for a treatment needed by his mother-in-law (after throwing up some more).

I’m not sure what the proofs are exactly, but in familiarity, there is product, and in product there is value.

Who is playing this game?

The hustle is native to Africa - I said it. With pretty much no support from any institution (and often against all and any possible odds), people wake up every day and make use of their hands (or mouths) to make a living. Supporting this makes for insane market sizes given the low penetration of any technology products in that stack.

There’s a bit of a trend in backing SME-related tech companies, from the fintech side and the agri side. And I don't have to tell anyone about the “retail SME rush” of late - of the Twigas and Wasokos and Marketforces and TradeDepots and Sabis. This is true in the venture world as well as in the impact world.

But this raises a question - what happened to services? We don’t seem to hear as much from them.

My answer: there is a lot less homogeneity in services which makes it even more fragmented and no immediately obvious wedge. So while a Coke is a Coke across many retailers a leaking tap is hardly ever a leaking tap, which means it’s less clear where in the supply/value chain to sit, and that makes for difficult proofs. The industry could also use a couple of unicorns.

It’s a good answer in all fairness but the size of the opportunity is too large to be satisfied with it. Besides, homogeneity can make product differentiation/stickiness difficult in the long run and the wedge not being immediately obvious doesn’t mean it doesn’t exist (a non-obvious wedge often lends itself to a moat). I am still quite surprised at the lack of imagination at play when it comes to addressing the services market. Justin speaks about pulling the goalie and the future of work, and another friend of The Flip, Chris Maclay, about branding and collaborating around jobtech.

As the Co-founder and CEO of Kandua, I have too much of a horse in this race to appear neutral.  So I’ll leave you with my take, aka my daily affirmations:

In this current climate - when what we do is most needed by the Captain Duncans of this world, and where Captain Duncans play an outsize role in economies - we’re going to be playing this game of proofs on the most difficult setting. It’s a good thing we’re in flow.