Pinduoduo and the social commerce opportunity

This week’s essay was co-written with Olivia Gao, an Analyst at Future Hub. Future Hub is an early-stage investor dedicated to innovations across the African continent by leveraging knowledge and connections in China’s tech ecosystem, partnering with, and investing in visionary local entrepreneurs to build a bright future for Africa together.

Enjoying The Flip? Subscribe to receive the latest edition straight to your inbox:

Pinduoduo and the social commerce opportunity 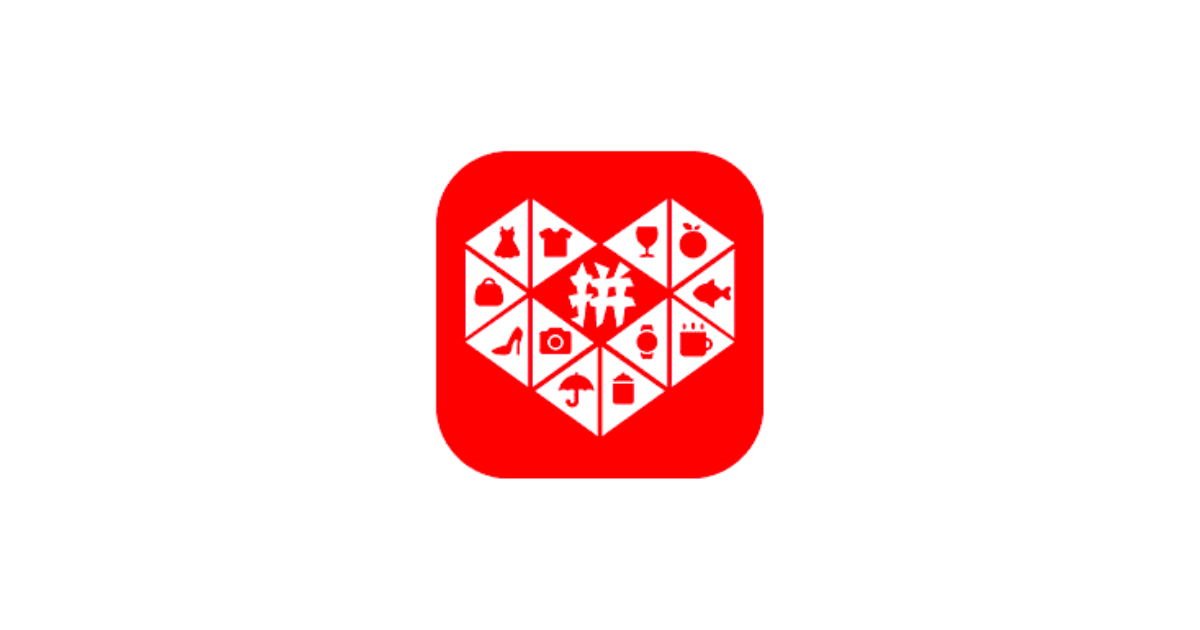 In this week’s episode, we explore a hypothesis - that Chinese tech companies have found success by building for the unique, and often underpenetrated, conditions in the Chinese market. This includes developing distinct business models for a divergent set of consumers in rural and peri-urban markets versus the big cities. And given certain similarities between China’s development and the conditions in African markets, we believe that select business models and lessons from China (especially in comparison to certain Western models and lessons) have merit on the continent.

Of course, caveats apply. China is huge, and while it may not be an entirely homogenous consumer market, operating in a single market of 1.4 billion people - from a regulatory perspective, currency perspective, customs perspective, etc. - is something that cannot be replicated on the continent. Likewise, there are other unique dynamics, such as the government’s role in tech, that have helped create the ubiquity of a platform like WeChat. However, perhaps the lessons lie in how China has built for purpose, regardless of the above.

One business model we explore in this week’s episode, and that we believe has merit in select African markets, is social commerce. This model has been pioneered by Pinduoduo, the Chinese mobile-first social commerce company that in just five years has seen astounding growth, exceeding a $100 billion market cap this year.

Apart from its rapid success, we think Pinduoduo is a relevant business worth exploring further for several reasons - first, it’s growth came in an already crowded Chinese ecommerce environment, dominated by Alibaba and JD.com - the Amazons (or Jumias) of China. Its ability to achieve such rapid growth is, in part, a function of its strategy to compete not head-on with incumbents, but to target rural and peri-urban consumers with an alternate value proposition, which maximizes trust and in so doing reduces the cost of goods. And it leverages a consumer-to-manufacturer (C2M) model to cut out middlemen and further deliver price savings to the customer.

At the same time, however, there is a requisite set of conditions in China that has allowed for the proliferation of Pinduoduo and its business model. We will discuss this model, and the requisite infrastructure and penetration, in the context of African markets.

Pinduoduo targets consumers in lower-tier cities and rural areas, leveraging existing social networks to improve marketing efficiency for sellers and a group-buying model to pass savings onto price-sensitive consumers. As Alibaba and JD introduced higher-margin product segments in order to sustain their growth, Pinduoduo was founded on the belief that there was still substantial room for bringing the less tech-savvy consumer groups to ecommerce by selling low-margin products at scale.

This, at a time when the customer acquisition cost of incumbent Chinese ecommerce platforms was growing substantially.

The core of Pinduoduo’s user experience is team purchasing.

Let’s say I am shopping on the platform and I see an item I would like to purchase. I can either purchase immediately at the individual purchase price, or I can share with friends who I think would also like to purchase the item.

After I share the item with my friends and family, a team needs to be formed within 24 hours to have the order confirmed. Once a team is formed, the purchase is confirmed and the product is shipped within 48 hours. Users can obtain discounts of up to 90%, depending on the item and the size of the team, and nearly all orders placed on Pinduoduo are made using team purchase.

We can see several benefits to the team buying model - from Pinduoduo’s perspective, the referral model and built-in feedback loops reduce acquisition costs while garnering stickiness and retention. Their engagement and retention is further enhanced by various gamified elements, including rewards for daily check-ins, a loyalty card program, and minigames.

From the consumer perspective, beyond the savings, team purchase helps to overcome the trust issues ecommerce companies face with price-sensitive and less digitally-savvy consumers in lower-tier cities.

As of July 2018, over two-thirds of Pinduoduo’s users are residents in Tier 3 and Tier 4 cities, which is significantly higher than the traditional e-commerce platforms in China. Among its active buyers, over 80% are in their 30s or older, whereas around 60% of Alibaba and JD’s frequent buyers are the younger and more dynamic urban population.

These consumers are relatively more price-sensitive, are quite acquainted with bargaining at local markets, and care less about brand names if the quality is proven good. In addition, the elder population also reflects the urban-rural structure of China’s economy – the younger labor forces leave for more urbanized cities in search of better education and job opportunities, while their parents are left behind at home - having a lot of free time but increasingly feeling alone.

Here is where the social element of Pinduoduo plays a crucial role, in replicating the interactive, interpersonal and even entertaining elements of physical shopping online. Hence the slogan: Together, more savings, more fun.

Perhaps Pinduoduo shoppers come for the deals and stay for the entertainment. After all, Pinduoduo self-identified as “Costco + Disneyland” on their IPO prospectus.

According to a user survey conducted by QuestMobile and Tencent Tech Research Institute, in 2018, 60% of Pinduoduo’s active users value the discount offer much more than those who prefer Alibaba and JD. Additionally, the educational level of core user groups of Pinduoduo also looks very different from mainstream e-commerce platforms. Pinduoduo has 12.2% more users without a college diploma than Alibaba and Taobao, self-employed or working at local enterprises, as opposed to students and white-collar working class in big cities.

And this is where the Disneyland element comes into the play – transforming traditional shopping experience into entertainment activities that cater to the limited entertainment options for their consumers compared to those in the big cities.

Meanwhile, there are also signs that Pinduoduo is moving upmarket. Amidst Pinduoduo’s staggering growth from a volume and retention perspective, their ARPU has grown too. In fact, their year-on-year ARPU growth of 53% has outpaced their year-on-year growth of active buyers (40%). This implies that, despite their “value-for-money” proposition to attract those in lower-tier cities, their offering has found success amongst those with higher purchasing power, as well.

Perhaps it’s a lesson for African markets, where it may similarly be easier to go upmarket with a narrowly targeted value proposition than it is to go downmarket.

A key enabler for Pinduoduo in offering price savings is its consumer-to-manufacturer (C2M) model that is well suited for its demand aggregation from team buying activities.

Traditional e-commerce platforms sell more branded items, which are manufactured, branded, and then sold to consumers. Contrary to this model, Pinduoduo aggregates demand, eliminates intermediaries, and minimizes SKUs for its price-sensitive and less brand loyal consumers. Pinduoduo’s demand aggregation model allows the company to generate enough leads for a factory so that it is willing to compromise on the unit price given the huge volume of order.

A prime example is toilet paper - one of the best-selling items on Pinduoduo. Two leading manufacturers - who used to be contract manufacturers to supermarkets - sold over 260 million packs on Pinduoduo in a year. The social commerce platform has enabled these manufacturers to achieve increased profitability, as the production and sale cycles are much shorter thus reducing operating cost for factories, as well.

To be sure, Pinduoduo’s C2M demand aggregation is distinctly different from Groupon, which the company is often (incorrectly) compared to. In particular, Pinduoduo’s demand aggregation is used for everyday goods like toilet paper or fruits and vegetables that consumers may purchase anyway.  Here, while deals are designed by sellers, they are initiated by consumers creating or joining teams, which is a stronger consumer value proposition than sellers creating discounts by aggregating on low-value goods or excess inventory. Then, the C2M model offers a solution to lower the cost without harming the interests of manufacturers.

On the delivery side, Pinduoduo is presented with a challenge high volume of small order sizes - the average order size on the platform is just over $6, compared to $15-75 on Alibaba and JD.com - in rural and peri-urban environments.

In 2019, the number of packages delivered to Pinduoduo’s users reached 19 billion, which was one-third the total logistics orders across the country!

Pinduoduo employs an asset-light model, allowing manufacturers and merchants to work with third-party logistics providers. While they have not built out the infrastructure, a reliance on third parties may come at the expense of service quality, and to address that Pinduoduo has recently invested $200 million in the parent company of a leading logistics provider, Anxun Logistics, to take advantage of their 6,000 service outlets and nationwide distribution.

Logistics infrastructure is another pre-existing condition for social commerce, where in China, logistics companies employ warehouse automation, drones, AI and other frontier technologies to provide world-class delivery. 70% of packages in China are delivered the same-day.

Finally, while Pinduoduo aggregates demand through social means - that is, I can join a team purchase with consumers in other cities - the demand aggregation of two other rural-focused ecommerce companies, Shihuituan and Xingsheng Youxuan - take a more localized approach to demand aggregation, which has positive implications from a logistics perspective.

These platforms leverage trusted members of the community and “influencers” to aggregate demand in rural communities, to not only build trust, but crucially, to aggregate delivery.

A requisite set of conditions and the opportunities in African markets

On one hand, the Chinese market has an exceedingly large TAM, increasing GDP per capita, high smartphone and social media penetration and data utilization, and more, which make it a frothy consumer market, and one in which Pinduoduo can sell low-margin products digitally and at scale. China also has a close proximity to manufacturing, arguably the most advanced logistics infrastructure in the world, and a billion monthly active users on WeChat.

While Pinduoduo is undoubtedly enabled by much (if not all) of the above factors, their success is nonetheless a function of building a product explicitly for a set of consumers that were not previously ecommerce shoppers. Here is a crucial parallel with African markets.

The opportunity here is to create new markets - to leverage alternative models and innovations to offer new value propositions to consumers. As we’ve outlined, Pinduoduo addresses specific barriers to ecommerce amongst a segment of the Chinese population - and these barriers are the same for mass-market consumers in African markets.

While there is still a lot of infrastructure to build on the continent, Pinduoduo is but one example from China from which African entrepreneurs can adopt and adapt for the opportunities on the ground.