Hi there, Justin here. Before we get into today's edition, I would like to ask for a bit of help. As we plan our growth initiatives for The Flip, we've put together an audience survey. We'd love to learn more about you, what you’re looking to get out of The Flip, and what we can do better.

As a business, Fincra Checkout can direct these payments to your preferred destination, such as a Fincra wallet or your bank account. You only need to create easy-to-share payment links from the Fincra merchant portal or embed payment buttons on your online platform to gain access to Fincra Checkout. No coding is required. 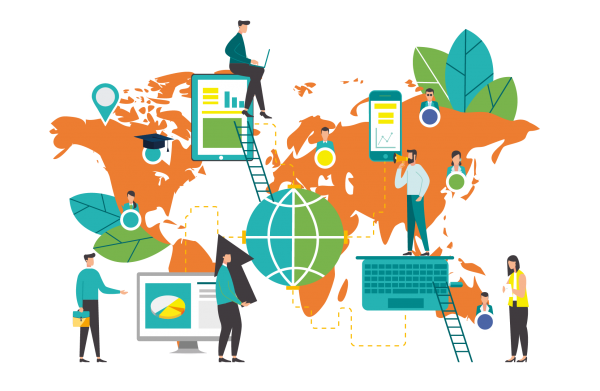 As we explore the future of work for our upcoming series of The Flip podcast, thorny questions emerge around the topic of remote work, compensation, and its impact on local startup ecosystems. As employers around the world become more amenable to hiring a distributed workforce and implementing flexible work policies, my immediate sense is that this is a good thing for African talent. As they say - talent is evenly distributed, opportunity is not. So the more employers willing to hire talent - including African talent - outside of their local market the better. Right?

What seems pretty straightforward - that remote work is clearly good for workers, and clearly challenging for local companies - does raise some ancillary questions. In the remote work context, are standardized global salaries market-distorting? Is the concern about market distortion really just a veiled attempt to pay employees in emerging markets less? Equal pay for equal work seems sensible enough, so why do so many global companies nonetheless still employ location-based pay?

Meanwhile, a primary benefit to organizations that embrace location-agnostic work, in general, is that doing so significantly increases the talent pool from which they can recruit. Likewise, top talent is no longer competing for roles with those in geographic proximity, but with top talent anywhere in the world. This has profound effects on the labor supply and demand formula when labor supply increases from a 50-mile radius to the entire internet.

Office-based companies only hire from a small local talent pool. In a small pool, employees face less competition & are less likely to encounter "outlier" competitors who are 50x better than them. (if NBA teams only hired locally, worse players would get to join the league) 2/7

It’s important, first of all, to distinguish that we are talking about high-skilled knowledge work, like software engineering. These are roles in which compensation is inherently unequal. And we're not necessarily talking about employers looking to hire cheaper labor in emerging markets; but instead, to take advantage of newfound remote work tendencies to tap into the global pool of talent.

Because of the scalable nature of software, enabling the exponential growth of software companies, salaries for top tech talent scales commensurately. Tech talent no longer looks like a “regular” career – medicine, law, accounting – in which success is distributed; instead, it looks more like sports or acting, in which success is binary, and the ROI of the top cohort is an order of a magnitude greater than that of the average.

It’s become interesting, then, to see the fierce debate unfolding over compensation in the remote work era. On one side are the “traditional” organizations - including many big tech companies like Google, Facebook, Twitter, and Microsoft - that are committed to location-based pay, and that have indicated their intentions to cut pay for those choosing to work remotely.

Prior to the COVID-induced flexible work scenario, many of these organizations offered cost-of-living-based compensation, that was adjusted depending on the cities in which the employees lived. The prior question of “why do employees in cheaper areas need as much money” becomes “why does the company need (so many) people in San Francisco?” Their challenge today, in particular, is striking a balance between new employees versus existing employees choosing to remain in cities with a higher cost of living versus the existing employees who have chosen to move elsewhere.

GitLab is one remote-first organization steadfast in its belief in paying local rates. Their argument is mainly twofold: first, a standard global rate “eats away at production and personnel”. They wouldn’t otherwise be able to hire as many people if salaries were pegged, for example, to San Francisco rates. Though they argue that it’s OK because they’re still likely paying many of their employees at above-market rates for their location, despite that they may be making less than a counterpart in the Bay Area.

Second, they argue that standard pay may not be as fair as it seems. GitLab’s compensation calculator leverages an abundance of data points in an endeavor to find fair market values, that don’t leave one employee in a given city with a significantly different disposable income than an employee elsewhere.

But here is where the comparisons get increasingly complex. How do you “fairly” assess the cost of living and quality of life costs? Major cities like San Francisco or Miami are more expensive because demand is higher because people think they are better places to live. Likewise, there are drastic differences in government spending on public goods across geographies that impact how much people spend on healthcare or child care or education or transportation. So a comparable salary of someone in an African country with fewer public goods can lead to a significantly different standard of living than someone in a Scandanavian country.

Meanwhile, proponents of global pay structures argue that equal pay for equal work avoids all of this complexity. If free markets pay equally for work - unless the work is geography dependent - shouldn’t the same apply to compensation, too? For these organizations, the work is the same - the value of the work to the organization is the same - and therefore, employees will be paid the same whether they are in San Francisco or Lisbon or Berlin… or Lagos or Cape Town or Nairobi.

Where global employers land on this debate has very obvious implications for talent in African markets. Should a developer in an African city be paid a San Francisco rate? If we believe that African talent should be paid an equal wage for equal work, then the answer is yes. But when the value equation is different - for a global tech company selling to a global market, versus a local tech company selling to a local market - it creates an obvious problem for local companies.

It's Not a Competition

Gergely Orosz, writer of the newsletter The Pragmatic Engineer, may argue that these companies aren’t actually in competition with each other. He charts software engineering talent and the organizations that hire each respective caliber of talent, into three tiers.

The concern over the rising cost of developers in select markets - a function of Big Tech companies opening local offices and/or remote work becoming a greater opportunity, in general - is to some extent a function of startups, tier 2 companies, trying to benchmark against tier 3 companies. The extent to which local/regional companies - selling into local/regional markets, with a local/regional TAM - are inherently unable to value talent the same as global companies, is why there is the software engineering compensation market has become trimodal.

Nigerian founders - the problem isn’t that talented software engineers are demanding and getting more money. The problem is business models that aren’t built for the current and future borderless labor market for engineering talent

In the African context, how much this harms local companies, particularly in the short term, is a function of the stage of the ecosystem’s development, as well as the depth of the market. In its current form, there is some talent that is simply not going to be productively deployed in the local tech ecosystem. Top talent is inevitably going to be lost to tier 3 companies. (This is true everywhere in the world, and not just for African markets.) Remote work will also increase the number of tier 3 employees in a given market where opportunities were previously fewer.

At the same time, if the distribution of compensation for knowledge work talent follows the power law, then most local talent should be employed by tier 2 companies. The increased price of talent in this tier is a result of increased demand without a commensurate increase in supply. It's not just caused by remote work and global companies hiring locally, but it is also a result of the local startup ecosystem's growth, in general. There's a pervasive question of market depth, which perhaps severely underscores the importance of role-specific training and development initiatives in the ecosystem.

Then, the final question is one of time horizons. If remote work is bad for local startups in the short term, what about in the long term? This depends, in part, on how well “we” do on developing talent, as well as if startup outcomes continue to attract more talent to the ecosystem, as the talent flywheel spins.

Meanwhile, if we believe that having well-paid and experienced tech employees - regardless of their employer - is a benefit to the ecosystem, then having tier 3 employees in local markets is definitely a good thing in the long run. The ecosystem benefits, in particular, if these employees reinvest back into their local markets and/or found companies and/or leave their Big Tech jobs to join scale-ups companies as the ecosystem continues to grow.