Hi there, Justin here. This week I'm thinking about founder-led companies, and if or when founders should step down to let a professional manager take over. I took a dive into the data of venture-backed startups, to see how many in the African tech ecosystem are still run by those who started it.

I should mention - this isn't a Flutterwave subtweet. While some people in the ecosystem have posited that its CEO, GB Agboola, should step down amidst the allegations against him, I have no opinion on the matter. But I am thinking about this topic, in part, because Flutterwave is one example - and a pretty rare example - of a new CEO taking over a venture-backed startup in Africa.

Do you own an online store or a travel agency? Sending and receiving payments from customers and business partners should not be a challenge. Fincra is here to help. Fincra enables you to send and receive local and international payments seamlessly while avoiding traditional challenges such as hidden fees and delayed settlements.

Fincra offers payment solutions like virtual accounts in GBP, EUR, and NGN for your business to collect payments from Europe, the United Kingdom, and Africa. Fincra is safe, secured and licensed, so you can be confident that your funds and data are safe. 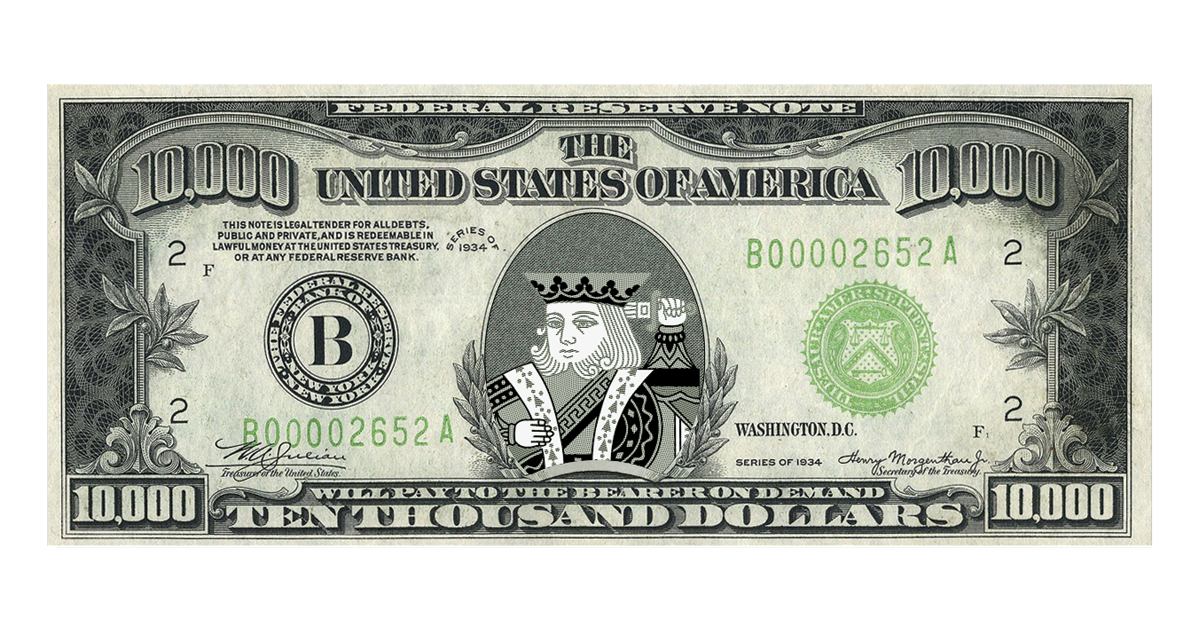 I've had a lot of different conversations with people over the years about the direction The Flip should go. Events, data, market-entry services, a fund - it's all been broached. One particular path always intrigued me: recruiting. Executive recruiting, in particular.

A few years ago, one Africa-focused investor suggested I read eBoys by Randall Stross, an inside account of the venture firm Benchmark. The author followed the firm and its five partners during the rise of internet companies in the 90s. Benchmark gained notoriety at that time from its investment in eBay, in which the company's valuation grew from $20 million to more than $21 billion within two years of the fund's investment.

An important part of eBay's rise, and indeed Benchmark's investment strategy, was finding a professional manager to run the companies they invested in. One of its five partners, David Beirne, joined the firm in 1997, after founding Ramsey/Beirne Associates, a leading executive recruiting firm for the IT industry. Beirne brought with his Rolodex and, in the case of eBay, helped its founders recruit a new CEO, Meg Whitman, who was an executive at the toymaker Hasbro. As Stross tells the story,

It was late 1996, and eBay’s online auction business had been solidly profitable since it was launched; the company did not need a cent. But Pierre Omidyar, twenty-nine, the original founder, and his new partner, Jeff Skoll, thirty-one, were the rare entrepreneurs who knew they needed to hire a CEO and other seasoned executives with skills they lacked. It appeared to them that the only way they would be able to attract people with deeper management experience than they had was by obtaining the imprimatur of a well-regarded venture capital firm. Selling a minority share of their equity to venture capitalists was the intermediate step they had to take to get the good people they sought.

It turned out to be the right move. Whitman joined eBay in early 1998, when it had 30 employees and revenues of approximately $4 million. She ran the firm through 2008, during which the company grew to approximately 15,000 employees and $8 billion in annual revenue. And eBay's growth during Whitman's tenure made Omidyar and Skoll very rich - their current net worths, according to Forbes, are $11.3 billion and $4.8 billion, respectively.

In 2008, Noam Wasserman, then a professor at Harvard Business School, published his findings from research analyzing 212 American startups launched in the late 90s and early 2000s. He found that by year three, "50% of founders were no longer the CEO; in year four, only 40% were still in the corner office; and fewer than 25% led their companies’ initial public offerings."

This dynamic was a function of two things: first, the premise that the skillset required to get a business off the ground - from zero to one - is different than the skillset required to manage a business at scale, and take it from one to a billion. Second, at the time, it was found that startup success, compelling greater outside investment, inevitably led to loss of control of the business. Wasserman wrote,

...the faster that founder-CEOs lead their companies to the point where they need outside funds and new management skills, the quicker they will lose management control. Success makes founders less qualified to lead the company and changes the power structure so they are more vulnerable. “Congrats, you’re a success! Sorry, you’re fired,” is the implicit message that many investors have to send founder-CEOs.

Wasserman called this the founder's dilemma. Raising resources to grow the business and capitalize on opportunities is dilutive. The research showed that "a founder who gives up more equity to attract cofounders, nonfounding hires, and investors builds a more valuable company than one who parts with less equity. The founder ends up with a more valuable slice, too. On the other hand, in order to attract investors and executives, entrepreneurs have to give up control over most decision making."

And at that time, most founders had to give up control against their will. Four out of five entrepreneurs, Wasserman found, were forced to step down as CEO.

But that was in 2008 and, as discussed last week in TFN #98, the pendulum of power has since swung firmly to the side of founders.

It's likely that the investment strategy of a16z, itself a disruptor of the venture capital space, is an indication of a change in the dynamics of the tech sector. When the fund launched in 2009, it did so with a strong preference for founder-CEOs. Ben Horowitz called it "the most controversial component of their investment strategy". And Marc Andreessen wrote at the time,

We are hugely in favor of the founder who intends to be CEO. Not all founders can become great CEOs, but most of the great companies in our industry were run by a founder for a long period of time, often decades, and we believe that pattern will continue.

In the era of "founder friendliness" - enabled by an abundance of capital - founders have been able to garner adequate resources for their business without giving up as much control as they would have had to in the late 90s or early 2000s.

But the prevalence of founder-led companies is also a function of the evolution of the tech ecosystem, at large. As time increases, talent inevitably becomes more experienced and more founders possess the requisite experience to not only start but scale their companies. This is especially true of second-time founders.

Today, if we look at both the public and private markets, many of the leading tech firms are founder-led. That list includes Meta/Facebook, Square/Block, Salesforce, Nvidia, Snapchat, Dell, Stripe, SpaceX, Klarna, Canva, Revolut, Nubank, and previously included the likes of Apple, Amazon, Microsoft, Intel, Adobe, as well.

With all of that said, I was curious about the degree to which African startups and growth-stage companies have remained founder-led. So, using Africa: The Big Deal's startup database, I pulled a list of companies that raised $10 million-plus - there have been at least 132 such companies since 2019 - and started playing around in the data.1

And what I found was that... it's a pretty fruitless exercise. The overwhelming majority of startups are still founder-led. It's not just that the companies are still young; this list includes ample ten-plus year-old companies - Clickatell, Interswitch, DPO Group, d.light, Whereismytransport, MFS Africa, Adumo, and more. As for the degree to which a company's current CEO had taken over for its founding CEO, it's less than 10 percent.2

In some instances, the company replaces its outgoing CEO with a fellow founder - as has been the case with Flutterwave, Twiga Foods, and Farmcrowdy. Samuel Gikandi took over for fellow co-founder Eston Kimani as the CEO Africa's Talking, and was later replaced by its COO, Bilha Ndirangu. And when Bilha stepped down in 2021, Sam took up his previous role as CEO.

In another instance, Copia Global brought in Tim Steel as its CEO in 2017, replacing its founding CEO, Cripsin Murira, who became the COO. In the case of Thrive Agric, Adia Sowho was appointed its interim CEO to steer it through a tough post-COVID period, with it's co-founder and CEO Uka Eje stepping back into his role after six months. When Lori's co-founder and CEO Josh Sandler stepped down last year, he was replaced by the company's COO Uche Ogboi.

There are select instances in which a professional manager has been brought in to run the company, replacing founders who moved on to build their next thing. In early 2021, Cellulant's co-founder and CEO Ken Njoroge announced he was stepping down, and was ultimately replaced by Akshay Grover. He wrote at that time,

...in August 2020, we suffered a major internal crisis that saw my co-founder exit the business. It wasn’t the crisis, but the process that followed, which gifted me the clarity that the next phase needed an ‘enterprise runner’ rather than a ‘venture builder’.

Additionally, Chad Larson, a co-founder of M-Kopa, joined Kopo Kopo as its CEO, and Eneza Education and Zola Electric have brought in CEOs from the outside to take over from a founding CEO, as well.

But these instances are outliers. And given that the companies in question are all private, it's an impossible task to compare the performance of founder-led versus manager-led companies in our ecosystem. So we are left to ponder.

Back in 2008, founders had to make a choice - to be rich or to be king. Nowadays, they can be both. The question in a nascent ecosystem - as the size and scope of African tech companies outgrows anything that's come before - is should they?