Hi there, Justin here. I'm headed to NYC tomorrow from South Africa. Any African-tech-focused people I should meet while I'm on that side of the world?

Also, thanks again to everyone that filled out The Flip's audience survey within the past two weeks. If you haven't yet, we would appreciate if you could take 2 minutes to provide us with your feedback. You can take the survey here.

In today’s edition of The Flip Notes, we’re talking, in part, about software-differentiated hardware. It has me thinking about Yoco.

A payments company like Yoco appears, on its face, to be just a card reader. But it’s much more than that - it’s a merchant operating system, and a suite of software tools to make it easier for SMEs to run their businesses. For Yoco, helping SMEs run their businesses includes Yoco Portal, to manage sales, stock and staff; Yoco Capital, for cash advances; its online payment gateway, and more. 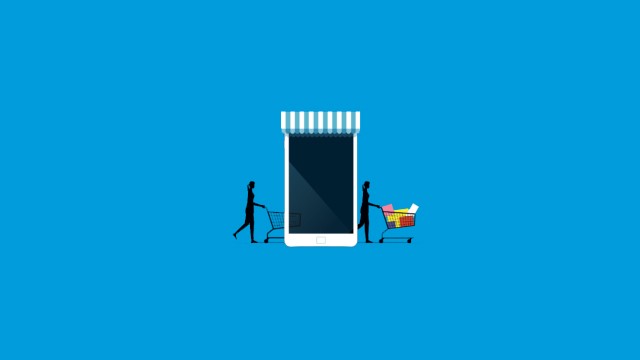 In the early days of The Flip, I was really focused on the definition of terms. I saw a lot of terms being conflated - startup vs. SME, venture capital vs. other types of financing - and I thought it would be beneficial to define in the African context.

During season one of the podcast, for example, we published Context Matters – What Alternative Financing Models are Appropriate for This Ecosystem? which explored funding startups through blended finance. In that episode, we told the story of African startups fundraising not just through venture capital (equity), but through debt and grants, due to the realities of the businesses in question. As The Flip’s b-mic Sayo Folawiyo said at the time,

And it’s also the nature of the problems. You’re building sustainable, profitable, impactful businesses – so it should be raised through profit-seekers, impact-seekers and sustainability-seekers.

We talk a lot in this context of the offline African markets, and how many startups, necessarily, are dealing in “atoms” and not just “bits”. Whereas a traditional tech company - in the Silicon Valley sense - is a pure software company with zero marginal costs, African startups don’t often fit neatly into that bucket. Indeed, what makes venture capital, and investment in software companies, particularly attractive is the exponential growth and scalability potential made possible by the zero marginal cost nature of these types of businesses. But in the “real world”, most companies - including many African tech companies - have marginal costs.

It's quite interesting that TechCrunch is breaking the news that Twiga is moving into commercial farming.

I was especially intrigued to see TechCrunch - a tech industry trade publication - recently tell the story of Twiga Foods’ expansion into commercial farming1 I didn't mean to imply that Twiga Foods isn't a tech company, but rather that it is interesting that a tech company is doing such non-tech things like operating a commercial farm, and that a tech trade publication is telling a story of commercial farming.[/efn_note], which is obviously not tech (and its former CEO Grant Brooke shared that it’s a subsidiary with separate investors for that reason).

Twiga’s expansion into commercial farming, however, is made possible by its marketplace business and its last-mile retailer aggregation, ensuring consistent offtake for its produce. It’s vertical expansion on top of a software-differentiated platform.

What is a tech company?

Stratechery’s Ben Thompson, a few years ago, asked and answered this question. He defined a tech company along the following five parameters, with software being central to a tech company’s business model.

He adds, “The question of whether companies are tech companies, then, depends on how much of their business is governed by software’s unique characteristics, and how much is limited by real world factors.” Likewise, Ben adds that there is a distinct difference between companies that use sustaining technology (in Clayton Christensen parlance) to make their firms better versus tech companies that are leveraging technology to “make something possible that wasn’t previously, or at a price point that wasn’t viable.”

There’s a second category, however, for companies with marginal costs constrained by the “real world”: software-differentiated hardware. One cannot overstate the role of software in Apple’s business.

It doesn’t check all five boxes - selling a physical phone is a marginal cost - but its software differentiation enables it to earn significantly higher margins in spite of its marginal costs, particularly its App Store revenues (which are zero-marginal cost). This is in stark contrast to the differentiation challenges facing hardware manufacturers running Android, which Ben argues are “more akin to consumer electronics companies, with similar margins”.

The software-differentiated framework doesn’t entirely port over, however. It’s a function of the digital versus physical nature of western markets versus African markets. The important difference is the centrality of humans in the equation2. Whereas payments companies, in particular, enable zero transaction costs for SaaS of consumer fintech companies, mobile money would not be possible without agents. Indeed, agents are a defining feature of the markets in question across many more products and services than just mobile money.

When we discuss market creation, Western technology observers are familiar with platforms that have expanded consumption through digital distribution… [Western tech companies] have established digital ubiquity in a world where physical distribution is constrained. It’s a world with high smartphone penetration, affordable mobile broadband, and a desire for digital services for both work and play. But they also operate in markets where physical distribution is largely “solved”...

In this world, software doesn’t necessarily enable zero transaction costs but instead enables physical ubiquity. Where, on one hand, the companies in question will use software to “make something possible that wasn’t previously…” As Stephen adds, “physical ubiquity does not exclude digital tools and products, but requires them.” And where, like Apple, on the other hand, software ecosystems and nearly zero-margin cost services are going to be built on top of and enabled by something physical.

The characteristics of physical ubiquity, in particular, are location-centricity, a physical network of merchants, and timely last-mile fulfillment. And the categories of companies that share these characteristics include social commerce, dark stores, and cloud kitchens, and agent-based services for not just mobile money but increasingly anything else, like other digital services, ecommerce, logistics, and more. Where African markets have an opportunity to benefit, in this context in particular, is in their high population size, high urbanization, and "cheaper labor costs that enable cost-effective, large-scale physical fulfillment".

So when we think about tech companies in the African context, here is why definitions are important. The majority of tech companies in these markets are not operating in an environment of digital ubiquity, which has huge implications on business models and strategies and addressable markets. It has implications on how these businesses get funded, what businesses should get funded, and from whom. It helps us understand that the future of these economies, and the startups creating markets within them, are not going to be merely "digitally transformed" or "tech-enabled", but "software-differentiated".  And that for those who build accordingly - together with a ubiquitous offline economy, and with humans at the center - that the opportunity is ripe and wide.