State of The Flip, Year Three

I don't know about you, but I'm excited about next year. I think (and hope) it will be the best year yet for The Flip. But to look forward, we need to first look back. And 2022 was a year of hard-earned lessons.

State of The Flip, Year Three 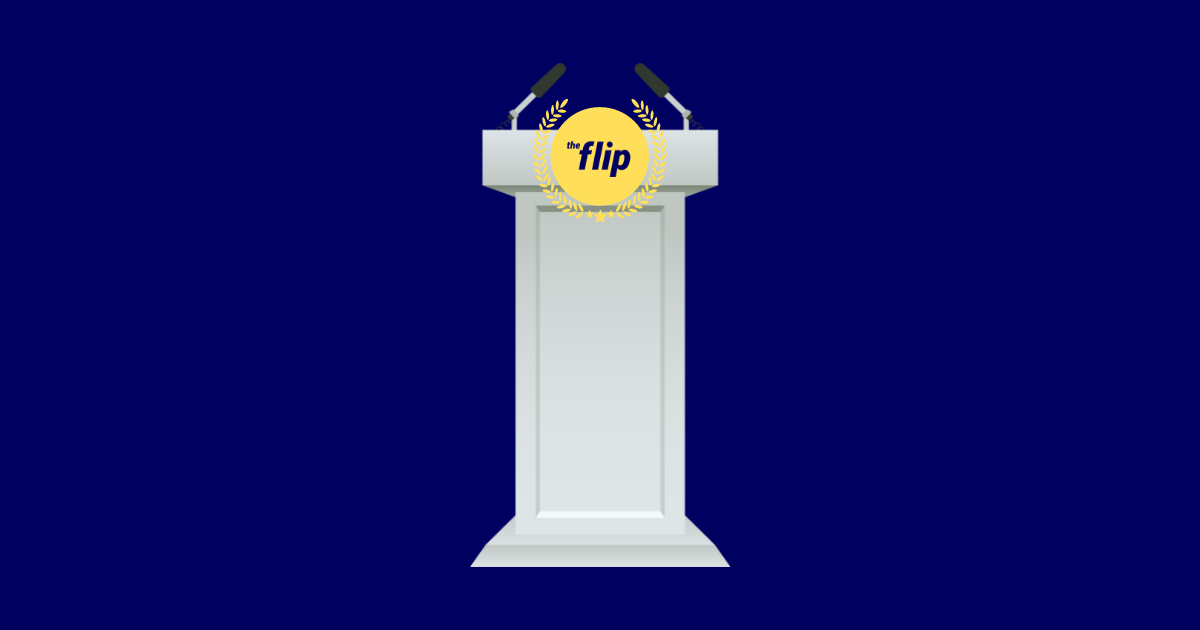 Last year’s State of The Flip started like this,

Back in 2019, I asked my friend Sayo Folawiyo, the Co-founder and CEO of Kandua, if he was interested in being interviewed for this new podcast project I was trying to start. We recorded that initial conversation and afterward Sayo stayed involved in what later became The Flip.

In those early days, Sayo talked a lot about the value of archiving – of developing a record of his thoughts and perspectives at a specific point in time, and of having that archive to go back to in the future. It was part of our initial pitch to startup founders, as well, for why they should agree to be interviewed for the show. Our memories can deceive us, but publishing on the internet reminds us of what we were really thinking at that time. So, for me, it’s fun to re-read what I wrote last year in the inaugural State of The Flip.

I feel especially glad to have this archive as I sit down to write the 2022 edition. As I re-read, one part of last year’s post immediately stood out to me,

Today, we publish our narrative-style podcasts on a seasonal basis (roughly ten episodes per season) and a weekly newsletter, The Flip Notes. This year, we published 19 podcast episodes (including an experimental interview-style season that we probably won’t do again) and a newsletter for 49 (🥵) weeks straight.

The ability to grow The Flip’s business is to a large degree constrained by the numbers above. So far, we are strictly an ad-driven media company. And while we have an increasing number of sponsors that are interested in coming on board, we have a bit of an inventory problem.

[…] Sure, I could hire writers and editors and producers to help scale production, but that goes against what I originally set out to achieve. The Flip is my mechanism to learn and understand the African tech ecosystem. Its relative success, I think, hinges on my ability to continue to create interesting and useful content through my own interaction with the ecosystem. Plus, a media business in which I manage a bunch of writers and editors is not the kind of business I want to build.

This year’s output has been… well… considerably less than last year’s output. As an entrepreneur, I feel bad about that. And, as a result, my perspective has changed considerably in the time since I wrote those words.

If you’ve been a friend of The Flip for some time, you’ve heard this story - I moved to South Africa and, after hanging out at the edges of the startup ecosystem, realized I didn’t know anything about building businesses and solving problems in the African context. When I looked around for in-depth content and insights, all I could find were surface-level articles on fundraises. So I started The Flip in 2019 as a mechanism to learn.

Like most businesses, I, as the founder, started out by doing literally all of the work. But for me, it was intentional - I wanted to do all of the work because I was optimizing for a learning experience. The act of producing a narrative-style podcast, listening to and annotating interviews, conducting research ahead of interviews - all incredibly time-consuming activities - were all part of how I learned about the strategies and business models being employed across the ecosystem. And it was through that experience that I was able to produce high-quality content.

But this year, a lot of life happened for me - I got married (multiple times, in fact… but each time to the same person), I had to deal with A LOT of government bureaucracy in my personal life, I traveled to six countries, I experienced burnout, I got to spend meaningful in-person time with founders across the continent, I fell off or got knocked off my scooter in Cape Town (multiple times, as well), I made my first angel investments, I lost a bunch of money in crypto… you get the picture.

As a result, I had a comparably unproductive year, at least in terms of content output, and it became plainly obvious the extent to which my prior optimization - do everything because The Flip is my mechanism to learn - is suboptimal. But it took an unproductive year for me to see that clearly, and viscerally.

So this year has been a year of hard-earned lessons. That’s what I want to talk about in this year’s State of The Flip - lessons that are specific to my lived experience but that I think are broadly applicable, as well.

Lesson #1: intentionality is everything

A primary reason why I started The Flip is because I saw that the Silicon Valley-style startup insights often did not apply to the contexts in which founders were building on the continent. The Flip was a place to create and share contextually relevant insights.

Yet, I find my thoughts permeated with their model, as I wonder, should we raise money? Or, I’ve asked, in planning The Flip’s content strategy, how do we scale? Even the very ideas of scale and growth are implicit in the venture model. Are small businesses as concerned with scale and growth? Should they be?

Business outcomes are a function of intentionality and optimizations. One can optimize for growth over profitability, in an environment of capital abundance. Or, they can choose slow growth and profitability. There is no right or wrong strategy - it’s only what is right for your business.

The key, I think, is being able to see the difference, and to build with intentionality.

Lesson #2: f*ck around and find out

Lesson #1 raises a question, how do we decide which path is right for us?

Only after several years of building The Flip in one specific way, and only after experiencing considerable unproductivity, do I see more clearly that my prior do everything optimization was suboptimal. As I wrote in TFN #121, unfortunately, the best way to learn is often to live through certain visceral experiences.

To the extent that I can control my own learning experiences, I’m trying to shorten the amount of time between which I have a hypothesis about something and when I gain a more meaningful and intimate understanding of that thing through experience.

This is where I think one Silicon Valley-style insight does apply more broadly - the startup culture of experimentation. In other words, to f*ck around and find out.

While I did everything in the production process because I wanted to learn I knew, intellectually, that I needed to scale myself in order to achieve more of my goals. But the most dangerous thing, perhaps, is that I stuck with the same processes without taking the time to reflect on the extent to which it was still working for me.

I’ve been nervous about hiring because I convinced myself that The Flip’s content is a unique output of my experience with the ecosystem. But what I haven’t done enough is explore what it feels like and what’s the output of a process that isn’t entirely produced by me. (It might even be much better!) I never really checked my priors.

Next year will, I hope, be a year of more experimentation and f*cking around.

Lesson #3: the plight of the (small business) entrepreneur

It brings me some comfort that these entrepreneurial challenges are nothing new. And while I sometimes convince myself that hiring is a particularly scary thing for creators - who are often particularly reluctant to let go of elements of the creative process - I know that it’s nothing new for creators either.

But what’s especially interesting about being a venture-backed startup versus a small business is that venture-backed founders go into the business thinking about scale first. Hiring is a critically important part of the process from day zero. For me - and perhaps like other small businesses - I just wanted to produce a podcast, and was thrilled to make money doing it.

There’s a timeless book by Michael Gerber called The E-Myth Revisited, that speaks to this very thing. He writes that small business founders wear three hats - The Entrepreneur, The Manager, and The Technician - and that the large problem for small business owners is that they’re trying to do all three. As a result, the owner and business are one and the same thing. He writes,

The technician suffering from an Entrepreneurial Seizure takes the work he loves to do and turns it into a job. The work that was born out of love becomes a chore, among a welter of other less familiar and less pleasant chores. Rather than maintaining its specialness, representing the unique skill the technician possesses and upon which he started the business, the work becomes trivialized, something to get through in order to make room for everything else that must be done.

Instead, the goal of any entrepreneur is to free themselves from the tactical elements of the business and to create jobs in the process.

But what’s particularly interesting about our present-day discourse is that we’re celebrating the degree to which (software) tools make entrepreneurship easier. Anyone can build a million-dollar business with no employees and just their computer! Yes, it’s a great thing. But at the same time it may often lead to an overdependence of the business on its principal. And particularly in media where revenue is to a large extent dependent on the volume of output, it puts creators on the hamster wheel. Creator burnout is a thing for a reason.

This idea of the possibilities as a solopreneur and solo creator, I think, leads to a mischaracterization of the way that most businesses ought to be built - with employees, and through collaboration.

To some extent, the answer to that question doesn’t matter. All that really matters is what we do next. And our goal for 2023 is to grow our production capacity and tell more stories with the ecosystem.

On one hand, that’s going to require people. If you’re interested in working with The Flip to support our content production and growth, please get in touch here.

On the other hand, it’s going to require partners, as well. The Flip’s content strategy was largely to explore topics that I am personally interested in. But going forward, we plan to tell more stories that are of strategic importance to the ecosystem and its leading companies. If you work at a company that’s interested in partnering with The Flip, please let us know here.

Thanks, as always, to you, the readers and listeners, for giving us your time and attention and feedback. I hope you all have a restful and happy holiday season, in advance of a productive 2023!