If you enjoy The Flip Notes, please help us grow by sharing this edition with a lucky friend. And if you’re that lucky friend, join us by subscribing here: 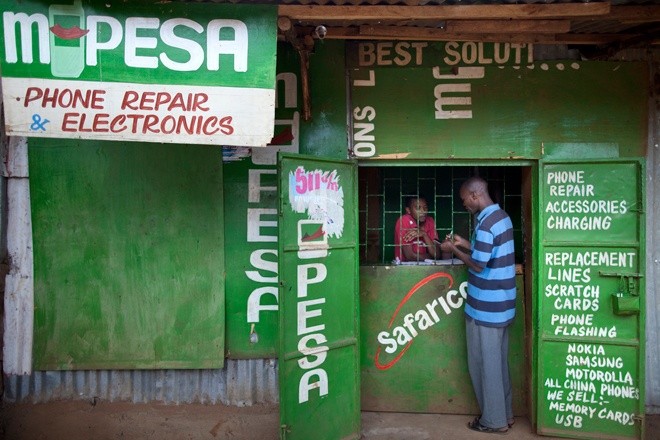 This week's exploration into agent networks started with this tweet.

As models like B2B commerce have their moment, as more startups endeavor to digitize offline industries, as fintech-led mobile money continues to carve out market share from incumbents, I wondered how much VC spending in African markets flows to agents. It’s a bit of a fruitless endeavor to try to quantify – some digging into telco earnings reports, for example, confirms that the revenues derived from agents versus digital channels are proprietary – but it nonetheless sent me down the rabbit hole.

I find myself thinking - we know that agents are important, but to what degree? We know that the majority of commerce happens offline, and likewise that some meaningful amount of commerce would not be possible if not for agents. So what does it mean that some of the fastest-growing companies, or those that have garnered some of the highest valuations in the ecosystem, are dealing in "bits" and/or operating agent networks? And what does it mean for agents - as a job of the future - that this is the reality of African markets?

Let's start with a brief history.

The Agency of Agents

The origin story of mobile money starts not with the proliferation of mobile phones or the observation that Africans in select markets were using airtime to exchange electronic value into cash, but instead with microfinance institutions' efforts at branchless banking. In 2006, researchers from CGAP wrote,

Banks and other commercial financial service providers are finding new ways to make money delivering financial services to unbanked people. Rather than using bank branches and their own field officers, they offer banking and payment services through postal and retail outlets, including grocery stores, pharmacies, seed and fertilizer retailers, and gas stations, among others.

The opportunity was to leverage existing retail channels. "If Coca-Cola can get bottles of Coke into every village through its distribution network, and if mobile operations can get airtime credit to anyone who needs it on the planet," they reasoned, "why can't we get banking to everyone through the same channel?"

Upon the formalization of airtime trading by Safaricom in 2007, the use of existing retail infrastructure by MNOs for cash-in/cash-out was obvious. Just as "optical fibers run along old railroad lines", mobile money initially "rode the rails" of airtime sellers and other retail outlets. It is here that the role of these retailers begins to evolve - now a part of "an 'agent network' performing the vital function of extending branchless banking via the mobile channel, linking the phone and financial services" - and a critical piece of infrastructure for the telcos.

In mobile money's nascent days, the role of the agent was of particular interest to regulators and banks alike. Were agents merely "human ATMs" or did they perform greater services? Did agents act as intermediaries or mediators? "Intermediaries are black boxes that transfer an input to an output without changing it... Mediators, by contrast, transform inputs and generate multiple outputs." What was the "agency" of agents?

In 2013, researchers from the University of California-Irvine's Institute for Money, Technology & Financial Inclusion wrote,

In academic communities, agency entails some sense of a being who acts, often on its own accord... Yet we often use the word "agent" to mean someone who does work on behalf of another entity. This use of the term echoes the legal definition of agency as a relationship of liability in which the principal is held accountable for its agents' actions... These tasks often could not be performed except by the agent...

While mobile money agents are contracted by a mobile money service provider to work on its behalf, it nonetheless became apparent that agents also performed tasks that make them appear more like mediators.

This aspect of the agent's role is often talked about in terms of the "social". This agent can use his "social knowledge" of and "networks" within his "community" to do KYC/due diligence and client recruitment, for instance, especially valuable wherever verifying customer identities is difficult. Furthermore, agents can attract new clients and promote the mobile money brand in ways that advertising campaigns and posters cannot.

One other question, in the early days of mobile money's discourse around agents, is what would happen to them if we realized our cashless society objectives. Would agents go away?

We know today that the answer is probably no. And it's not just a function of a slow, incremental uptake of digital services. The human element of this critical distribution infrastructure has proved to be much more than just distribution and infrastructure for tactical CICO transactions. Agents act as sales and marketing channels and customer service representatives and, most importantly, act as a source of trust in a transaction between the consumer and the company represented by the agent.

Here, though, we must segment the conversation further.

In the mobile money context, some agents strictly provide telco-related services like CICO and airtime. For others, these services are a part of a larger suite of services or products, like fast-moving consumer goods. As we explored back in TFN #78, perhaps the widest opportunity in agent-led commerce is to layer services on top of the local convenience stores, which not only piggybacks off of retailers' trust with consumers for the benefit of the companies in question but creates ancillary revenue-generating opportunities for retailers (which is of particular importance if agent commissions continue to get squeezed by MNOs).

For the companies looking to leverage agents then, the question is whether to try to build one themselves - an operationally-intensive endeavor - or to leverage third parties (of which there are few) who may make their networks available. The particular challenge in both instances is balancing incentives and commission structures with agents. How do companies provide proper and lucrative incentives for agents, while doing so in a way that maintains margins for the company?1

This challenge becomes more acute for startups testing and iterating with product at the agent level, and if services are being offered through third-party networks.

Whether or not to open up a network to third parties is a particularly interesting question and opportunity for those who have built their own networks. Who's going to build the AWS of agent networks2? One VC DM'd me to say that "the crypto players want this last year".? Is it even possible?

And for those who attempt to do so, what does it mean for the agents themselves, operating as part of the network, that the company in question endeavors to maximally leverage this infrastructure to drive revenue growth? Where the human element may create a more operationally complex build-out of a network a byproduct for the agents may be greater income generation. Can we draw a line between this and increased TAM for certain services in the markets in question?

Also, on the other side of the agent discussion, are the field reps who intermediate the relationship between "corporate HQ" and the agents. In some instances, these individuals are full-time employees of their companies and in others, like retail agents, they may be agents representing multiple companies in the market.

It should go without saying by now, but these individuals are important too - so much so that Wasoko, in designing its ESOP, granted share options to all of its employees, including field reps. And it raises a question, in the offline context, of how many more companies should be leveraging offline trust-building and distribution channels for their products and services. And does an embrace of technology - hence the term tech-enabled - allow for startups to more effectively run operations in an otherwise analog space?

On the other hand, we know that most entrepreneurs build for people like themselves - in this case, digitally savvy users. Does that come at an opportunity cost in an agent-led economy?

In terms of products and services, this manifests businesses like social commerce or dark stores/kitchens or a general extension of the agent model to any other sector3. For more on this, what DFS Lab's Stephen Deng calls physical ubiquity, I recommend his piece on The B-Side of African Tech.. The particulars may vary, but the opportunity remains - while in the global context, the future of work implies knowledge work on the internet - to some extent, the future of work in the emerging market context is necessarily going to involve agents. And perhaps that is good for economies, at large. If only "we" embrace the opportunity.