The Global Slowdown will be Short-Lived in Africa

Hi there, Justin here. We took a week off publishing last week as I was a bit preoccupied preparing for…

Needless to say, I'm going to be taking some time off from writing this month, and as a result, I've lined up some trusted and experienced friends of The Flip to take over the newsletter in my absence.

This week, MFS Africa's Dare Okoudjou takes over The Flip Notes. MFS Africa has been in the news recently - first, for its acquisition of the US-based Global Technology Partners (GTP), followed one week later by the announcement of a $100 million Series C extension, doubling the total funds raised during this round.

When we last spoke to Dare, in our podcast episode published in November 2021, we gained a bit of Dare's perspective on the state of the African tech ecosystem. This week, he's back to share more amidst the recent global market downturn.

The Global Slowdown will be Short-Lived in Africa 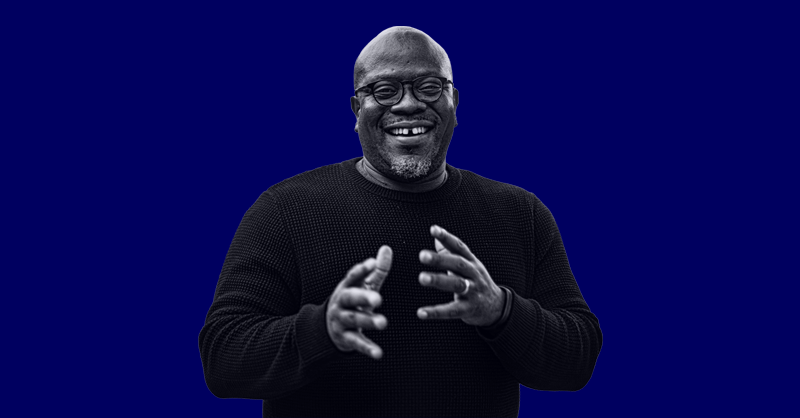 “At first, I was afraid, I was petrified / Kept thinking I could never live without you by my side / But then I spent so many nights thinking how you did me wrong / And I grew strong / And I learned how to get along / And so you’re back / From outer space…”

In April 2020, as borders were closing worldwide to curb the spread of COVID-19, I was cautious about the months to come, even though MFS Africa had seen its strongest payment volume performance ever in the previous month. Stock markets across the world suddenly crashed in late February, with the Dow Jones experiencing a historic crash in March 2020. What happened next is now well-documented in history.

I write this today as the CEO of one of the most prominent African fintech winners of the crisis; in a company that looks nothing like it did in April 2020. But the world is entering yet another crisis, which feels more like 2001 and is already disproportionately impacting the tech sector, in general, and the fintech sector, in particular.

For many around the world and in Africa, this is the end of an era. The era of the “euphoria” that has seen the amount of funding going into Africa tech grow from $277M in 55 equity deals in 2015 to $5.24B in nearly 700 deals in 2021. For someone who started when there was barely any VC on the continent, I will admit that it did feel like a bubble at times; but with some perspective, I think we can all agree that we are just getting started. For all the accolades about the amount of funding “pouring” into the continent, Africa received about the same amount as Amsterdam, Utrecht, and Rotterdam combined last year. One billion people on a continent versus less than 3 million people in three cities in The Netherlands. So, the thought of seeing the trend slow down or, worse, reverse, is profoundly worrying for me.

You may wonder, “why should we measure the ecosystem’s progress just by funding?”

It’s not the only measure, granted. But I would argue it remains the most important one for three reasons:

That’s why the rapid acceleration in the amount of funding into Africa’s tech scene is cause for celebration. That’s also why the signs of a pullback in the global market should be a real cause for concern for all. This includes VCs operating on the continent, even as many of them have used this winter as an opportunity to low-ball founders, like a karmic payback for previous valuations. That’s why, even in the global headwinds, we, founders must double our efforts to attract even more funding in the coming years.

The question on everyone’s mind is how bad and how long will the downturn be for Africa.

Most wise people carefully avoid giving direct answers to this question. And believe me, I have tried to get straight answers from many.

My prediction is that we may see a dip in this quarter and next, but by this time next year, we will be back on a solid accelerated growth we have now become accustomed to.

Why? Because international markets may be connected, but our trajectory in Africa is singular.

Most founders on the continent are building layer 1 or 2 of the infrastructure stack that we need on the continent. I would compare it to railroads and bridges across developed markets. We still don’t have enough railroads and bridges on the continent, but tech wizards have taken it upon themselves to use the power of the internet to organise fragmented and complicated markets. Payments in Africa is not about moving from three clicks to zero clicks – although we do that too – it is about providing access to the world economy for hundreds of millions of excluded and underserved people. BNPL in Africa is not about a diverging stream of credit revenue from large banks; it’s, in most cases, the way many consumers get their very first credit. Mobility in Africa is not about minimising the waiting time for consumers in leafy suburbs; it’s how many hustlers simply get to where they need to be every day.

Because we are solving such fundamental problems, most of what is being built are survival tools for digitally connected Africans and African businesses. A global recession will undoubtedly affect jobs and purchasing power across the continent and in the diaspora, but it is unlikely to suppress the need for African consumers and businesses to connect with each other, exchange goods and services with others, and access the global digital economy. That is why I remain so bullish about what we are building at MFS Africa and, more broadly, about the prospect of fintech on the continent.

And clearly, I am not the only one! The enthusiasm we saw from our investors, new and old, in our Series C extension, which we announced last month, is a confirmation that smart money is aware of these secular trends and will be able to pick up the signal from the noise. The fate of one billion people depends on it.

Will the months ahead be hellish on the fundraising trail? Certainly. Yet, this is not the time to give up. It’s time to focus on not dying. This is the time to buckle up and move to every plan, until plan Z if you must. This is also the time to play the market of one. You don’t need to convince everyone about the long-term prospect of your venture; just the one person/institution that will write the cheque for you to lay the next track.

In times like this, I have found going back to your purpose and removing the fluff to be extremely helpful. So, if the going gets really hard, go back to your why and craft a new path from there. And if you find yourself in a corner with no apparent way out, remember that in tech ventures, there is always a move that can save the day. Make mental space to find that move.

Just survive. No matter what.