Hi there, Justin here. This week, Eloho Omame, Partner at TLcom Capital and Co-founder and General Partner at FirstCheck Africa, takes over The Flip Notes to talk about why we should see much more investment in women-led startups.

I’ve never quite understood why so little venture capital is invested in women. On one hand, I personally think about this topic similar to how I think about talent in an era of remote work. Before, an organization’s pool of talent was constrained to the ~50-kilometer radius around their office, but now organizations realize they are placing unnecessary and artificial restraints on their recruitment by limiting talent search to a physical location. Likewise, aren’t VCs limiting their ability to hunt for unicorns by investing so infrequently in women?

Today’s edition is, I hope, a source of inspiration for female founders, as well as an ever-important reminder for investors to pay a more appropriate amount of attention to female-founded startups. 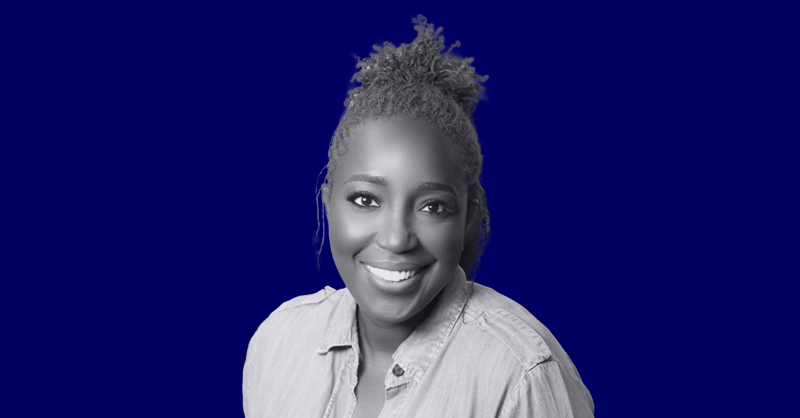 2021, a record year for fundraising, also brought with it watershed momentum for female-led startups in Africa. The category (startups with at least one female founder or co-founder) has never been more dynamic. Seed stage financings have grown significantly – 4x by deal count and value in 2021 alone – and the number of female-led startups that raised capital last year is comparable to the total number of startups that raised capital in the entire ecosystem four years ago.

In 2018, African startups raised $1.1 billion across 164 equity financing rounds, 80 at seed stage. Last year, in 2021, female-led startups raised $834 million across 134 rounds, 100 at seed stage. We’re at an important inflection point: deal activity has grown exponentially, deal flow is vibrant, and optimism among female founders is probably the highest it’s ever been. That’s exciting because the world looks different when women build scale companies.

Throughout this piece, I’m addressing the experiences of female founders of high-growth tech and tech-enabled startups. I like Paul Graham's definition: “startups are companies designed to grow fast”. Startups are not the same as SMEs or social impact ventures. Those companies are clearly also important, but for different reasons. And the distinction matters because I’ve found that the lines blur when discussing female entrepreneurship in Africa. At scale, startups can deliver tremendous value, generate significant multiplier effects and create hundreds of high-quality jobs.

At 17% – nearly 1 in 5 – Africa currently has one of the world’s highest shares of funding for female-led startups. And the category’s current momentum creates a virtuous cycle, inspiring more women to build more startups that bring new perspectives, ideas, services, and products to Africa’s vast and underserved markets and more investors to back their high-growth companies.

As a co-founder of FirstCheck Africa, one of just a couple of female-focused tech VC funds on the continent, I’m certain that winners in this category will be those funds that are excited to invest early against thoughtful long-term theses while building competitive strengths around things that really move the needle for female founders. Those are fundraising – closing gaps in seed funding and helping female-led startups raise larger, faster follow-on rounds from respected investors – and networks – supporting them to build critical, high-value relationships within the mainstream tech ecosystem.

There are a few good reasons to feel positive. Of course, general tailwinds continue to drive entrepreneurship, innovation, and capital in tech and entrepreneurship. Accelerating rates of digitisation, urbanisation, and population growth support the kinds of crucible conditions that drive entrepreneurs to solve significant important problems, using technology as a lever to reach new or underserved customers and markets. That’s positive for venture capital across the board, and beyond fintech and e-commerce, sectors like healthcare, education, and transportation – where female founders are more often better represented – are also starting to get the attention – and capital – they deserve. For instance, one report recently found that 36% of all-time funding to healthcare startups in Africa was raised in the last 12 months.

Globally, women drive over 80% of spending on behalf of themselves and others, measured by both buying power and influence on consumption. And there’s an inherent advantage to women building in categories where their influence and activity is strongest, such as healthcare and education, and also in sub-verticals like femtech or fashion e-commerce, where female founders often have lived experiences of the problems they are trying to solve.

Five years ago, a seven-figure seed round was practically unheard of in Africa, much less for a female-led startup. So far, in 2022, 35 female-led startups have announced pre-seed and seed rounds of $1 million or more, more than 2021’s total count. They include Healthtracka (Techstars 2021), a digital healthcare startup led by Ifeoluwa Dare-Johnson, that provides at-home diagnostic testing services; Pivo (YC S22) led by Nkiru Amadi-Emina and Ijeoma Akwiwu, who are building a credit-led digital bank for SMEs operating in Africa’s vast manufacturing supply chain; and Yeemachi Biotechnology (YCS21), a biotech startup, led by four co-founders including Joyce Ngoi, that’s aiming to use data and cutting-edge technology to develop products for better cancer detection and treatment.

There’s never been as much capital directed at African startups. Despite the general cooling-off of the funding environment these past few months, it’s critical to remember that the local funding ecosystem is much more robust than in previous cycles. Africa-focused funds raised around $2 billion of dry powder during the boom cycle of the last couple of years, and alongside new early-stage funds, more growth-stage funds are in play. Notably, a few, including TLcom Capital, have female partners, and that’s great for female founders – female investors are significantly more likely to know, network with, and invest in the gender-diverse entrepreneurs that tend to drive better business outcomes.

I’ve said before that Africa tech’s most critical talent gap is managerial, not technical. Demand for competent managers is increasing as more funded startups reach growth stage than ever before, and joining an African tech company is a much more credible career path in 2022 for mainstream professionals. The result has been an influx of operating talent from traditional sectors and higher visibility of senior female executives across a range of different roles critical for growth – from product to operations and finance. This is incredibly promising for Africa’s future female founder pipeline.

18 months ago, when we started FirstCheck Africa, we drew up a list of about ten women in tech with impressive track records and wagered that some would break out on their own this year. So far, we’ve been right about three, including Kagure Wamunyu - former CEO, Africa Region at Kobo 360, who is now co-founder and CEO of Jumba, an e-commerce startup that’s tackling Africa’s broken supply chain for construction materials to hardware stores, much like companies like Twiga Foods, Trade Depot, Wasoko, and Maad — incidentally, also female-led, with three co-founders including Jessica Long, an early engineer at Airbnb — are doing for mom-and-pop stores in FMCG.

When First Round Capital’s "10-Year Project” shared the seed fund’s lessons from 300 investments made over a decade, lesson #1 was “female founders outperform their male peers”. Investments in female-led startups had created 63% more value, and three of First Round’s top ten investments had a female founder. Similarly, BCG studied startups in the portfolio of Mass Challenge, the global startup accelerator, and shared findings in a report titled “Why Women-Led Startups Are A Better Bet”. Female-led startups delivered twice as much revenue per dollar invested because they generated 10% higher revenues with half as much capital.

The general message is a simple one: well-funded, female-led startups actually have the potential to outperform. Findings like First Round’s and BCG’s shouldn’t be surprising. The peculiar experiences of underrepresented founders often mean that they develop attributes like ambition and resilience that contribute to success. Resource constraints force them to do more with less early on, and they can leverage those experiences into competitive advantages, often building sustainable companies that generate strong investment yields.

Despite the fact that female founders tend to punch above their weight, it’s a popular misconception in Africa that they underperform. When TechCrunch published six interviews with female founders whose African startups had raised seed rounds of more than $1 million last year – historically a glass ceiling for black women – a question stood out: “Most VC firms are required to deliver returns on their investments. Some argue that investing in startups led by men will guarantee such returns, citing examples to back up that claim. Given [the] few instances of women-led companies doing such in Africa, how have you convinced investors that your business can achieve this?”

Africa’s tech ecosystem simply doesn’t have the track record to claim that female-led startups systematically underperform. Even in a banner year, less than 1% – under $50 million – of the $5.2 billion raised by African startups last year went to startups without a male founder. Female founders have only started to raise reasonably large amounts in meaningful volumes in the last couple of years. That’s a problem because capital is obviously a lever for growth, scale, and ultimately, exits.

Globally, female-led startups are recognised as an untapped trillion-dollar investment opportunity. To unlock it at scale in Africa, we must shift the nexus of the conversation about female founders from embedded – and frankly, wrong – stereotypes about competence, to capital and how to accelerate and sustain access to the highest quality funding sources for more female-led startups.

Last year, growth rounds of two companies – Andela and Tala – together accounted for over 40% of the $834 million raised by female-led startups. Similarly, Gro Intelligence, a data & analytics startup founded in Kenya, raised a record $85 million Series B. With an equity financing history of nearly $900 million between them, Gro Intelligence is reportedly on track for a billion-dollar valuation, Tala was last valued at $800 million at its Series B, and Andela was valued at $1.5 billion at its Series E last year. They’ve all historically had better access than the average female founder in Africa to critical networks and capital from major Africa-focused and global funds. Their cap tables include important investors like TLcom Capital, SoftBank, Paypal Ventures, and GGV Capital. It’s clear to me that the best performing early-stage funds in the female-led category will be those that are laser-focused on helping their founders build those kinds of high-leverage pathways.

FirstCheck Africa’s investment thesis is inspired by pioneering funds like Female Founders Fund. When Founder and General Partner, Anu Duggal, launched F-Cubed’s first fund in 2014, she had a simple investment thesis: “women will build the leading technology companies of tomorrow”. At the time, venture funding for female-led startups in the US was 10% of its current size. Eight years in, F-Cubed has made around 90 investments and achieved 12 exits, co-investing with global funds like Steve Case’s Revolution Growth and Chris Sacca’s Lowercase Capital and investing in impressive female-led startups like Tala and Maven Clinic, a femtech company that achieved unicorn status last year.

The “house view” is that as current trends play out, the list of Africa’s most valuable and well-funded startups will include many more female-led companies. We’re betting that in a decade, the continent’s startup ecosystem will also look very different. And if we’re right, this is the perfect time to back Africa’s talented and ambitious female founders.