Hi there, Justin here. Thanks to everyone that filled out The Flip's audience survey within the past week. If you haven't yet, we would appreciate if you could take 2 minutes to provide us with your feedback. You can take the survey here. 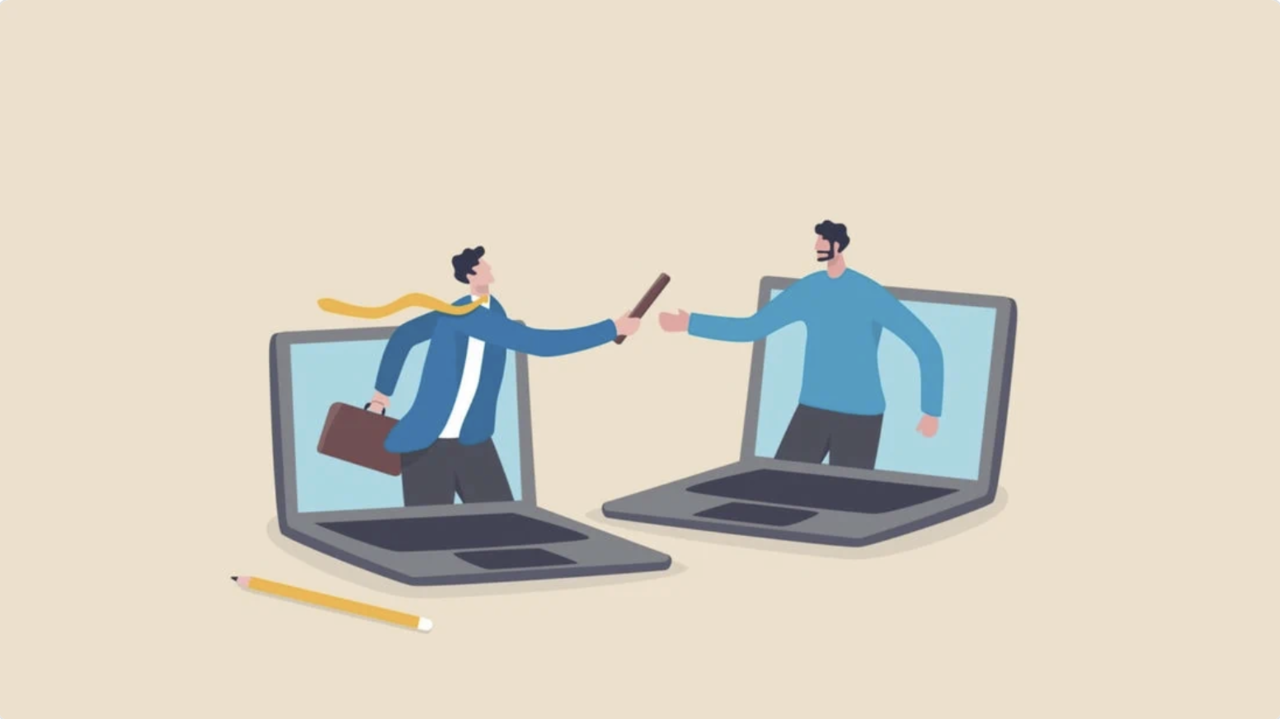 As I was writing last week’s edition of The Flip Notes - How does remote work affect local startup ecosystems? - I realized that I was conflating two types of work. Some of what was meant to be a part of that edition hit the cutting room floor and instead gives us the opportunity to write a part two, of sorts, on the remote work opportunity in African markets.

When we talk about remote work, we’re generally talking about knowledge work like software development. As we argued last week, if more global companies hire African software engineers - and presumably these employees earn a larger income than if they were employed locally - it’s obviously a good thing for African talent. A big question is how many people can benefit in this way? Andela’s pivot from training junior developers to placing senior engineers may give some indication as to the scope of the opportunity for these types of roles. All that’s to say, it’s limited to a select caliber of talent.

At the same time, in the African context, there is an overwhelming need to figure out where the fast-growing population of Africans is going to earn their incomes. To what extent can “we” take advantage of the secular trends of remote work in areas of work that are not digital knowledge-work? To what extent should the focus be on work that is not necessarily digital work, but that is digitally enabled, or digitally intermediated? Work doesn’t require the level of skill of software engineering, but basic digital skills that a wider population can more readily be trained to develop.

This is largely the thesis behind microwork, in which contracts for digital services from large (technology) organizations in the global north are divided up into smaller tasks, which is then fulfilled by lower-income employees in emerging markets. Microwork has gotten some bad press recently - in the context of Facebook’s content moderation, specifically - but as the changing sentiment around remote work further accelerates the rate of work fulfilled by employees in other countries, I can’t help but see this as a positive opportunity for African markets.

And we’re seeing more startups building in this space. Hodi, in Kenya, is a platform that trains and develops sales reps for B2B software companies. Caret, in Nigeria, is a similar platform for customer success. Likewise, there are companies focused on recruiting, virtual assistants, and more. While these categories of work may require varying degrees of digital skills (and, depending on the work, may not necessarily constitute microwork), the idea is that most of this work could or should be outsourced (and can’t necessarily be automated, yet).

Remote international work is a bigger threat to the western middle class than automation.

Companies have been outsourcing for decades, and technology enables more work to be outsourced than previously possible. Whereas remote work may lead to the rise of salaries for software developers in emerging markets (particularly as more companies agree that there should be equal pay for equal work) business process outsourcing is an explicit strategy to reduce costs and take advantage of wage arbitrage opportunities. Meanwhile, the global BPO industry is projected to expand at a compound annual growth rate (CAGR) of 9.1% from 2022 to 2030.

It raises a question worth repeating: shouldn’t we see more startups building in this space?

Rwanda is one African country with an explicit objective to grow its ICT sector. And it has grown its services industry considerably in the past decade (though its ICT sector is still small, generating only 2.6% of GDP).

Rwanda’s ICT sector has garnered “over 21% gross value addition (GVA) for Rwanda’s economy” which is significantly greater “than other major sectors, like agriculture, services and industry showed an annual GVA growth rate for the same period of only 5 to 8%.” It was a government-led initiative to build an industry from scratch.

But they are also experiencing bottlenecks to further growth. Researchers in 2020 wrote,

…we find that Rwanda’s government has been inordinately successful in disseminating and persuading citizens toward its ICT-focused vision. We also find that while there is much that both government and aid donors have done to support ICT-based entrepreneurship, these efforts are lopsided in their impact. In particular, it seems that while it is very easy to start an ICT business in Rwanda, it remains very difficult to continue or succeed with one. Many reasons were given for the latter, but they tend to cluster around several themes, all of which hint at factors deeply embedded in the country’s history and social norms: challenges with Rwandan higher education, lack of financing opportunities, and a weak sense for entrepreneurial initiative.

So while Rwanda has accomplished much which can be changed in the short-term, “most of the remaining issues require sustained effort in the longer term.” And this being a globally competitive industry, it raises another question - to what extent can Rwanda or African countries compete?

One concern for African markets in their ability to compete on a global scale is the cost of labor.

The story of urban development is largely a story of industrialization. Cities developed around newfound manufacturing capabilities and innovation, and the talent density led to increasing degrees of innovation - and in most developed countries, an evolution from tradable goods, to knowledge-based service economies, as well.

But the African urbanization story has looked a bit different. It’s instead a story less correlated with the expansion of manufacturing and instead “population growth and migration due to rural stagnation”. According to research from Brookings, Africa is urbanizing while it is relatively poorer than when other developing regions began to urbanize. Per capita GDP is comparatively low and “investments in housing, infrastructure, and other capital are lacking.”

As a result, African cities are costly and have high prices relative to their level of development. From the World Bank, “on average, African urban wages are at least 15 percent higher than wages in comparable countries.”

Meanwhile, another concern is digital literacy.

Then, the GSMA’s Mobile Connectivity Index goes deeper to explain a given country’s usage gap, assessing its internet connectivity across a variety of data points. They include a “basic skills” score to index digital literacy and consumer readiness by country. On average, the digital literacy of select countries - Columbia, Dominican Republic, India, Philippines, Vietnam - is greater than that of more developed African countries.

These statistics seem to paint a negative picture of the scope of the opportunity for African markets to take advantage of the secular trend of digitally-enabled remote work at scale. The research into Rwanda’s ICT sector, for example, tells us that “a robust ICT-driven economy does seem to require a national foundation of knowledge, education, and innovation that likely requires decades to build.”

But at the same time, India's BPO supremacy, despite its comparably low levels of digital connectivity and literacy, tells us that national development isn't necessarily as straightforward as a "stages of growth" theory argues.

This is perhaps where the private sector has an important role to play. African markets, like Kenya, also have high unemployment amongst university graduates. However, many stakeholders attribute the source of the problem to “the mismatch between academic programs and labor market needs.”

There are clear opportunities in markets like Kenya to tap into a wide labor force of unemployed yet educated talent that, properly trained for the labor market, can be productively deployed in a global workforce. So while there are headwinds on a macro level - and sober realities that founders and investors can't ignore - there is also a decades-long secular trend toward more remote work and wage arbitrage that creates opportunity on an individual company level.

Andela tested this theory with software developers with an outsize focus, through its Andela Learning Community, on training and development. To what extent is now a good time to more readily test this theory across other sectors?