Where are the flying cars?

I watched reruns of The Jetsons on Cartoon Network growing up.

I remember thinking that I couldn’t wait to get to travel around like the Jetsons did, in their flying aerocar.

If you enjoy The Flip Notes, please do forward to a lucky friend. And if you're that lucky friend, join us by subscribing here:

Where are the flying cars? 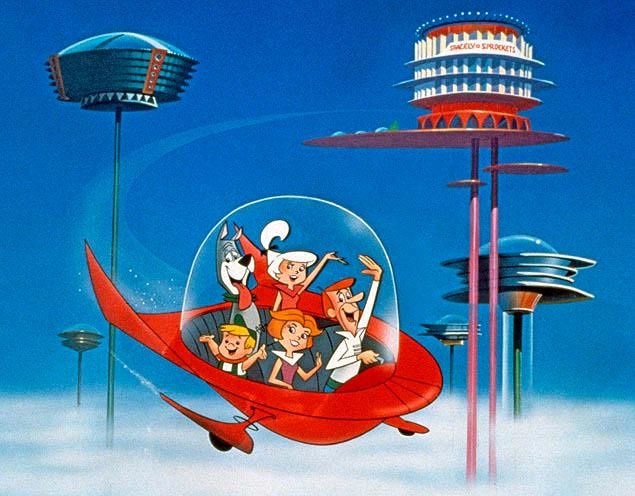 As we sit in traffic, or fight over the armrest with the person next to us on the airplane, we’re wont to ask - where are the flying cars?

In a piece on thinking from first principles, author James Clear discusses innovation in the context of form versus function. He uses the example of a suitcase (emphasis mine),

In ancient Rome, soldiers used leather messenger bags and satchels to carry food while riding across the countryside. At the same time, the Romans had many vehicles with wheels like chariots, carriages, and wagons. And yet, for thousands of years, nobody thought to combine the bag and the wheel. The first rolling suitcase wasn’t invented until 1970 when Bernard Sadow was hauling his luggage through an airport and saw a worker rolling a heavy machine on a wheeled skid.

What looks like innovation is often an iteration of previous forms rather than an improvement of the core function. While everyone else was focused on how to build a better bag (form), Sadow considered how to store and move things more efficiently (function).

He goes on to discuss our criticism of technological progress in this context, as well,

When most people envision the future, they project the current form forward rather than projecting the function forward and abandoning the form. For instance, when criticizing technological progress some people ask, “Where are the flying cars?” Here’s the thing: We have flying cars. They’re called airplanes. People who ask this question are so focused on form (a flying object that looks like a car) that they overlook the function (transportation by flight).

I think this is a bad example.

Sure, it is true that the function of an airplane is transportation by flight. But it’s also true that flying cars have a different function from airplanes altogether.

...today’s system of flight has all of the inconveniences of railroads, over a century ago. Airplanes are large, mass-transit vehicles that travel only defined, scheduled routes between a small number of stations… the major value in a flying car would not be in taking the same trips you do now, only a bit faster. Instead, it would be in taking the trips you don’t take now, because they’re too inconvenient. A flying car would shrink your world, expanding the radius of what you would consider for a commute, a shopping trip, a visit to friends, a business meeting, or a weekend vacation.

And that’s the tricky thing about innovation. Not only do we project the current form forward, but even new functions are limited by the scope of our imagined futures.

So how is this related to our African tech ecosystem?

Well, perhaps we ought to be thinking about and discussing digitization and innovation through the lens of form versus function.

In our recent series of podcast episodes, we’re exploring the entrepreneurs and startups digitizing analog and fragmented industries across the continent. Our discussions raise a question - is the digitization we’re seeing in the ecosystem a focus on form or function?

To be sure, it still feels like it’s pretty early days in the ecosystem. For fintechs, their main competition is still with cash, not with eachother. But simply creating digital versions of the analog world is not enough.

It is always tricky to look at the analog world if you are trying to understand the digital one. When it comes to designing products, a pattern you see repeatedly is copying what came before, poorly, and only later creating something native to the medium.

Consider text: given that newspapers monetized by placing advertisements next to news stories, the first websites tried to monetize by — you guessed it — placing advertisements next to news stories. This worked, but not particularly well; publishers talked about print dollars and digital dimes, and later mobile pennies. Sure, the Internet drew attention, but it just didn’t monetize well.

What changed was the feed, something uniquely enabled by digital.

First we had digital newspapers. Now we have social media feeds. Mark Cuban (and Russ Hanneman) made their billions by putting the radio on the Internet. Now we have Spotify.

Locally, let’s use insurance and embedded finance as examples.

In a recent podcast episode, Jeremy Leach, CEO of the insurtech Inclusivity Solutions, shared research that found that “between 80 to 90 percent would rather buy insurance from a mobile operator or a bank than an insurer,” because trust of insurers is so low.

It’s one thing to issue policies or process claims digitally (form). Insurance-as-a-service platforms, on the other hand, enable underwriters or other financial service providers the ability to offer entirely new products, uniquely enabled by digital (function).

Not only does the amalgamation of data enable underwriters to reduce their risk, but the automation of processes related to issuing policies or handling claims also affords them the ability to actually profit from niche or nano-policies in the first place.

There are a number of ways this is implemented in practice. In one instance, together with MFS Africa’s payments hub and a local underwriter, Radiant Insurance, Inclusivity is partnering with MTN in Rwanda to offer a remittance insurance product that incentives and rewards customers who make remittance payments through MTN.

In another, the Kenyan startup Lami has piloted a Ksh1 nano-policy that’s embedded within the cost of public transportation trips in Nairobi.

It’s not merely that embedded finance products are distributed via trusted partners, but that they are flexible, bespoke and - you guessed it - uniquely enabled by digital.

I am particularly interested in the implications of the form versus function paradigm on incumbents. Not only the painfully analog incumbents, but also digitally native incumbents.

Let’s use M-Pesa as an example.

At the onset of the COVID-induced lockdowns, the Central Bank of Kenya compelled Safaricom to waive fees for all peer-to-peer M-Pesa transactions up to Ksh1,000 ($10).

Months later, the telco appealed to the CBK asking for permission to reinstate their fees. Some were not having it -

All of them should rot in hell. We should all boycott Mpesa https://t.co/xUEIeXq5Rl

As customer expectations evolve, and as digital infrastructure evolves - thereby enabling new and alternative ways to monetize - it raises a question: does a new function need to have a commensurately new business model to match?

To be sure, the exchange of cash is not a new function. Digital payments are a new form. Only once additional value is layered on top are you then creating new functions.

And in an environment where cash is prevalent and people are price-sensitive, it is difficult to justify charging for directly substitutable forms, like using cash for face-to-face transactions.

It’s something that M-Pesa is working on. Last year, we published Telcos, PalmPay, and the Future of Mobile Financial Services featuring, amongst others, Vodacom’s Head of M-Pesa, Chris Williamson. In discussing merchant services, here’s what Chris had to say,

I think one of the key learning has been in our markets people are still pretty much living in the cash economy. They have used M-Pesa for payments that they couldn’t do face-to-face, like sending money to someone in another city. But when it comes to face-to-face payments, they’re quite comfortable paying with cash and merchants always have cash. So you’ve got to offer a proposition, beyond just the actual payment, you’ve got to give value to the customer that they wouldn’t get otherwise...

The form versus function framework applies beyond banking to other sectors, as well. Our thinking ought not be restricted to just financial services and software.

Working from home is merely a new form.

However, building a distributed team, what with proper tools and processes in place to make remote working work, is a new function.

I suspect a lot of companies’ COVID-induced digital transformation will not be as robust and lasting as they think.

The history of the future

Change, and the development of ecosystems, happens in cycles. Slowly, and then all at once.

First comes a change in form - as was the case with the earliest days of the Internet, as is the case with M-Pesa - then, as knowledge compounds, innovations take on new functions entirely.

And it is then through this lens that we can see and build the future of the continent.